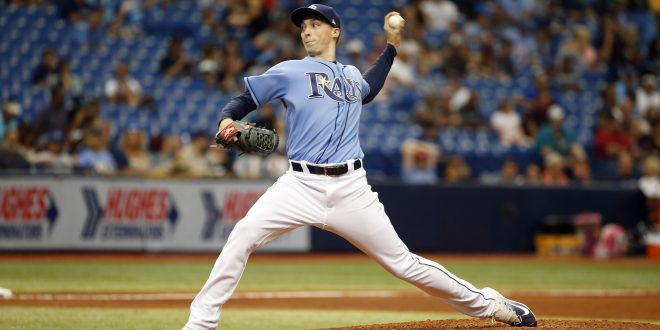 Coming into Sunday’s series finale against the Seattle Mariners, the Tampa Bay Rays were fading fast in the wild card race, having lost their last four games. They needed a win to avoid the sweep and a fifth straight loss in order to keep the team’s playoff hopes alive. Starting pitcher Blake Snell delivered for his team in a big way.

Snell, a Seattle native, shut out his hometown team by striking out eight batters and only allowing two hits in seven innings of work. On paper, it sounds like Snell was not tested Sunday afternoon. However, Snell came through in a pivotal moment in Sunday’s must win game. In the seventh inning, with the Rays leading only by a run, Snell gives up a single to Seattle second baseman Robinson Cano. Then, designated hitter Nelson Cruz steps up to the plate as the potential leading run. Snell gets Cruz to chase on a curve ball, striking out the five time All-Star and preserving the lead.

Blake Snell was able to excel in Sunday’s outing thanks to a first inning solo shot from outfielder Kevin Kiermaier. The 448 foot home run gave Snell some run support. The Rays wouldn’t get back on the board until shortstop Adeiny Hechavarria got a home run of his own off a fastball right down the middle and sent it 402 feet the opposite way in right field.

The Rays currently sit four games out of the wild card. They are off today and will start a series against their division rival Toronto Blue Jays Tuesday. The Rays will send ace Chris Archer to the mound and Toronto will trot out pitcher Chris Rowley. First pitch from Tropicana Field is set for 4:10 p.m.