Home / Atlanta Falcons / Around the NFL: A Spectrum of Headlines and Criticisms 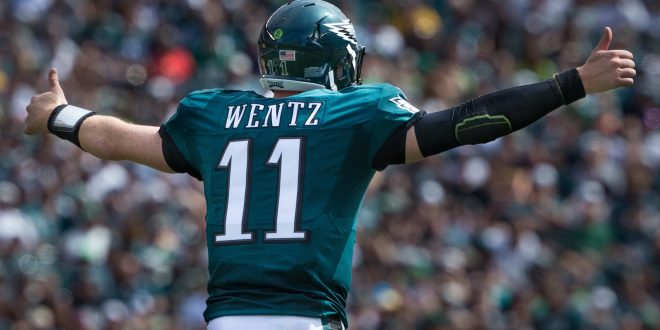 Around the NFL: A Spectrum of Headlines and Criticisms

Sports are an escape for many people from everyday events such as politics and religion. However, the separation between sports and other serious manners are thinner than ever.

The NFL is in an all-out slugfest right now between keeping the game about football instead of outside issues. Ironically, the season so far has had plenty of surprising headlines.

The Kansas City Chiefs and the Philadelphia Eagles are dominating in extraordinary fashion. The Los Angeles Rams and Jacksonville Jaguars are drastically improving. The New York Giants, Cleveland Browns, and San Francisco 49ers have yet to win a game. Ben Roethlisberger made more headlines about his bad performance last week than Jay Cutler did. Even the Buffalo Bills and New York Jets are ahead of the New England Patriots in the AFC East!

However, the divide between people in the United States and in the league is overshadowing these few great examples. It can be argued that this controversy is making the NFL better to watch than ever before. At the same time, we are getting another week of almost unbearable coverage of what NFL Commissioner Roger Goodell or the owners will do next.

Sports Journalist @ESPNGainesville, @VAVEL, @VAVEL_USA, @WUFTNews. Telecom at @UF. Miami Aficionado. Views are my own. RT's ≠ endorsements.
Previous Game Preview: Who will come out on top in the LA Rams and Jacksonville Jaguar game?
Next Dolphins Set to Take on the Falcons 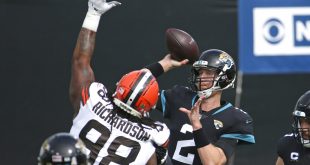