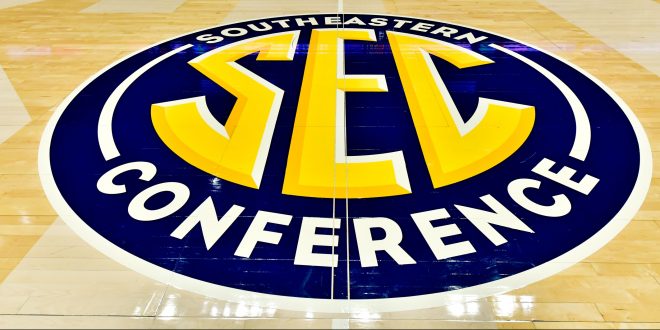 The SEC is an undoubtably better league than it was last season. While the Southeastern Conference ended up placing five teams in the 2017 NCAA Tournament, with three of them venturing to the Elite 8, the league was very top heavy. Only five teams won 20 or more games, while nine teams had 14 losses or more.

This season, the SEC has vastly stepped up its recruiting game. Missouri, who went a league-worst 8-24 last season, signed three Top-50 recruits to their 2017 class, despite finishing with the 68th-best class of 2016.

Below are my SEC power rankings and my rankings only. Feel free to tweet me @JakeWinderman to tell me how bad/incorrect they are.

The Preseason AP Basketball poll is out!

For a few folks, it’s a toss up on whether Florida or Kentucky is the best team in the SEC. I’m here to tell you that it’s definitively Kentucky. The Wildcats signed SIX 5-star recruits. Yes, you read that correctly. Kentucky signed five of the nation’s Top 25 players in the Class of 2017, per ESPN. On top of that, the Wildcats return potential Top 5 pick Hamidou Diallo, who didn’t appear in a single game last season. Florida and Kentucky both have a depth of talent. The difference is that UK has a depth of elite talent.

Being ranked No. 2 in the SEC Power Rankings is not a bad thing. Kentucky is the blue blood program of the SEC, but UF isn’t far behind. The Gators are loaded with ready-to-go freshman talent in Deaundrae Ballard, Chase Johnson and Michael Okauru. They’re also returning KeVaughn Allen, who was recently named to the Oscar Robertson Award Watch List for the best player in college basketball, and will welcome Jalen Hudson and Egor Koulechov, both of whom transferred into UF and can shoot the lights out of the gym and score at will. Florida will be just fine.

After Florida and Kentucky, the talent starts to lessen. The Gators and the Wildcats fill the two-team first tier of the SEC. That being said, Texas A&M still showcases one of the best front-courts in the nation and will be a popular pick to make a deep NCAA Tournament run. The Aggies are led by sophomore forward Robert Williams and junior center Tyler Davis. The duo combined for 26 points, 15.2 rebounds and 3.5 blocks per game last season and will benefit from previous SEC experience. Williams made a big sacrifice surpassing the 2017 NBA Draft as an almost guaranteed lottery pick for one more season in College Station. You can bet he’s going to make it count.

If you know me, you know I’ve been praising Avery Johnson and his ability to turn Alabama from a low-middle tier SEC team into a squad that most analysts have headed to the NCAA Tournament. Alabama, in my opinion, outkicked their coverage hiring Avery Johnson. You’ve got to make a football reference if you’re talking Tide. As mentioned before, ‘Bama, per ESPN, had the 8th-ranked recruiting class in 2017. The Crimson Tide will also bring back several key veterans in versatile small forward Braxton Key, senior Ar’Mond Davis, who nearly transferred this offseason, and the coach’s son Avery Johnson Jr.

*UPDATE: Hours after this article was written, the University of Alabama declared Collin Sexton, the 7th-ranked player in the 2017 ESPN100, ineligible after it was determined that he was one of the “players to be named” in the Adidas recruiting scandal. Sexton was recently named to the Preseason All-SEC 2nd Team and expected to be a big factor in Alabama’s one-year turnaround. If Sexton does not gain eligibility and is not allowed to play this season, the Crimson Tide would fall to No. 7 in the Power Rankings between Arkansas and Georgia.

*UPDATE PART 2: Braxton Key has undergone surgery for a torn meniscus and a time table has not been set for his return. Drop Alabama, for now, between Mississippi State and Ole Miss at No. 10.

The Tigers cap off the three team second-tier of the SEC. In an era of so many one-and-done players, teams can go from worst to first, relatively speaking, in a matter of 365 days. Michael Porter Jr., the 6’10”, 215 pound point-forward, is projected to be either the No. 1 or No. 2 pick of the 2018 NBA Draft depending on who you ask. He alone elevates the Tigers to at least a Top-8 team in the SEC. With the help of fellow freshmen Jontay Porter, Michael’s younger brother who reclassified into the Class of 2017, Jeremiah Tilmon and veterans Kevin Puryear and Terrence Phillips, this team not only has a shot to make the 2018 NCAA Tournament, but to surprise some folks in the process of doing so.

This portion of the SEC is a little harder to predict. While I firmly believe that the conference will get seven teams in the big dance, it’s a little hard to guess who the final two teams will be. I’m a big Bryce Drew fan and believe that he’s turned Vanderbilt into a consistently good program. If not for Matthew Fisher-Davis’ blunder last season, the Commodores would’ve made it to the Round of 32 and maybe even further. That being said, Matthew Fisher-Davis has a chance to be one of the SEC’s top talents and is surrounded by capable shooters. Riley LaChance is now entering his senior year and could very well be the best three-point shooter in the nation.

I think Arkansas will be the final team to qualify for the SEC Tournament, but that their record will be impressive nonetheless. The Razorbacks will feature three senior guards in Anton Beard, Daryl Macon and Jaylen Barford. Like we saw with Texas A&M in 2016, veteran talent leads to success. It’ll be tough to make up for Dusty Hannahs’ shooting and Moses Kingsley’s inside presence, but I think the hogs will be just fine.

This is where the SEC starts to sort of blend together. The Bulldogs start off at the top of the bottom of the conference simply because of Yante Maten. Maten was one of three players to be named Co-SEC Pre-Season Player of the Year along with Michael Porter Jr. and Robert Williams. Outside of that, Georgia had the 31st-ranked recruiting class of 2017 and will no longer have lightning-quick guard J.J. Frazier. Pape Diatta is an intriguing name, but not intriguing enough for Georgia to finish in the top half of the SEC.

Since no one really vouches for Mississippi State as a basketball program, I’ll give them some credit. Ben Howland finished with a Top-10 recruiting class in 2016 and Quinndary Weatherspoon has averaged over 27 minutes per game in each of his first two seasons in Starkville and is one of the best scorers in the SEC. Sophomore Lamar Peters finished second on the team in scoring last season and shot 36.6% from long-range. The Bulldogs aren’t great, but nobody below them has really made the case that they’re that much better.

Mike White mentioned Ole Miss and Auburn as two teams he could see surprising a lot of people in 2017/2018. While I heavily respect Coach White’s opinion, I think he’s dead wrong on Auburn. His other selection, the Ole Miss Rebels, have the ability to score a ton of points. Senior Deandre Burnett has never met a shot he hasn’t liked and averaged 16.5 points per game on 35.5% shooting last season. He’s a volume scorer if I’ve ever seen one, but we’ve seen it work in Oxford before. Before him, it was Stefon Moody and Marshall Henderson chucking up at least two 30-foot shots a contest.

This is where the SEC starts to get bad. None of these teams, ranked 11 through 14, have a shot at making the NCAA Tournament. Some, if lucky, will qualify for the NIT. Tennessee leads the pack simply because they’re returning three of their top five scorers from a season ago. That being said, those three players only combined for a total 29 points per game in 2016-2017.

If Austin Wiley ends up playing, this team could compete for the No. 9 or No. 10 spot in the SEC. If he doesn’t, they’re competing with LSU for the worst team in the league. Due to that, we’ll place them somewhere in the middle at No. 12. The Tigers lost an exhibition game to D2 Barry University last week. No SEC team should be losing to a Division 2 school. The Bruce Pearl Era might be done sooner than we know it at Auburn.

The Gamecocks lost P.J. Dozier and Sindarius Thornwell to the NBA and Duane Notice to graduation. They return Chris Silva, whom I believe was the SEC’s most improved player last year, and Maik Kotsar, who somehow figured out that he had a mid-range jump shot in the middle of the NCAA Tournament. Frank Martin is an excellent coach and certainly knows how to run a functional Division 1 basketball program. Unfortunately, outside of Kotsar and Silva, there’s just not that much talent left in Columbia, SC.

If you thought the 2016-2017 10-21 LSU Tigers couldn’t get much worse, they sure can. I like Will Wade and think he can definitely change LSU’s basketball culture for the better. Despite my high regard for Wade, the team’s top talent comes in a North Texas and a Southern Utah transfer. The Tigers will be the worst team in the SEC and LSU fans will just simply have to accept it. LSU does have three Top-75 players committed to their program in the Class of 2018. Unfortunately, that talent won’t arrive until next season.

SEC rivals Alabama and Vanderbilt are set to face off tonight at 8:30 p.m. in …