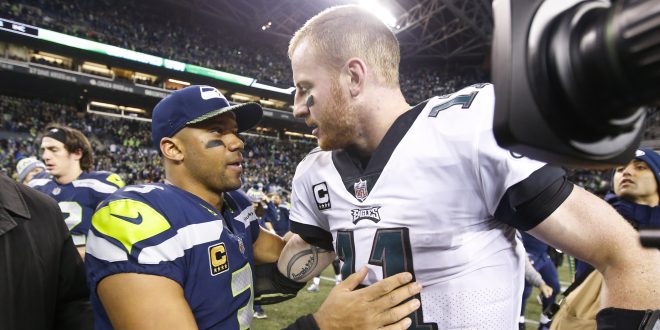 A week ago, the Jaguars routed the Colts in a 20 point win. This game was one of those confidence building matches. The Jags have been posting amazing numbers on defense and this game was no different.

On the defensive end, the Jags are adopting a new nickname, “Sacksonville.” In their match up against the Colts they sacked Jacoby Brissett four times. Bringing the pressure forced Brissett into two interceptions. The Jags only cracks on defensive were a 25 yard run by Frank Gore and a 40 yard reception from T.Y. Hilton. Other than that, the Colts could get nothing going on offense.

On the offensive end, Blake Bortles had his second best performance of the season. Ironically enough, Bortles very best performance came against their first match up with Colts back in week 7. In this most recent game Bortles threw for 309 yards and two touchdowns. However, the running game was also working for the Jags. Chris Ivory and T.J. Yeldon both got involved with a touchdown each.

Last week the Seahawks took down the 10-1 Philadelphia Eagles. This is likely the biggest win of the season for the Seahawks. In a game where they came in as the underdog they performed phenomenally.

Russell Wilson maintained his tantalizing style of play. Throughout the game Wilson was rolling out of the pocket and finding receivers open down field. Seattle scored all their touchdowns through the air. Wilson threw for three touchdowns on 20/31 passing.

Seattle really shined on the defensive end. The Eagles are one of the most explosive offenses in the league. Seattle held them to only 10 points. Carson Wentz posted his usual big numbers with 300+ passing yards. Regardless, Wentz could only throw for one touchdown. Seattle was bringing the pressure all night and forced Wentz into one interception and two fumbles. With three sacks and allowing under 100 yards on the run, Seattles defensive line will be coming into this next match up hot.

Seattle’s coach Pete Carroll commented on the win against the Eagles in a post game interview:

Both teams are coming off of impressive defensive performances. The Seahawks are still dealing with some injuries on defense. Kam Chancellor and Richard Sherman are both out for the season. This did not seem to effect them against the Eagles last week, but it still hurts to not have two defensive superstars. DeShawn Shead is back from injury which helps the Seahawks secondary a lot. Nonetheless, the Seattle is ranked fifth in the league in turnover margin. On the other hand, the Jags are ranked second in turnover margin.

With this match up looking to be a defensive show down, it will be interesting to see how the Jags run their offense. Seattle’s offense, with Wilson’s scrambling ability, is explosive and can put points on the board in a matter of minutes. Jacksonville will be looking for a solid outing from Bortles; staying away from turning the ball over. Another player the Jags will be leaning on is Leonard Fournette. On 20 carries Fournette could only muster 57 yards against the Colts. He did score a touchdown, but in the match up against the Seahawks he is going to need bigger yardage production.

Russell Wilson will once again be carrying the Seahawks on his back. His uncanny ability to scramble out of the pocket and create plays is very frustrating for defenses. If Wilson can get going he may have a huge game against the Jags. Wilson won’t be able to do it on his own though. Seattle’s third year running back Mike Davis saw a majority of the carries against the Eagles. Davis posted 64 yards on 16 carries. For the Seahawks to keep Jacksonville’s defense guessing they will have to get production from Davis on the run.

Jacksonville has proven they are a tough team at home. The Seahawks have also shown that they can get big wins on the road. After a good win against the best team in the league, Seattle will be coming into this game with confidence. While the Seahawks are traveling to Jacksonville, the Jags get to stay at home. I think fatigue might play a factor for the Seahawks. If the Seahawks can be solid on defense by turning over Bortles and stuffing Fournette, Wilson will make his usual big plays and lead the Seahawks to victory.The same goes for Jacksonville. If they can contain Wilson and shutdown the run game, all they need is a safe outing from Bortles to take the win.

Final Thoughts: This is a defensive toss up. Whoever gets hot on defense will take the W.

Dylan Glicksman is a second year Sports/Media Journalism major at the University of Florida, out of Melbourne Beach, FL.
Previous Eli Manning Will Start in Week 14 After One Week Hiatus
Next Tennessee Hires Alabama Defensive Coordinator As Head Coach