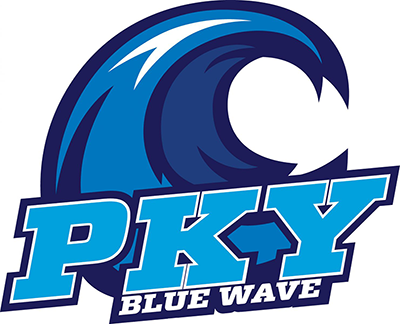 Blackmon and the Blue Wave are looking to make it to the state regional playoffs for the fifth consecutive year under his mentorship.

This year, the Blue Wave are led by a guard trio in sophomore Jalen Speer, junior Israel Wilcox and senior Jordan Griffin; as well as senior center William Banks IV and from the looks of things, these guys have not reached their potential.

Last year’s leading scorer, Byron Smith, transferred to the Villages Charter School and is no longer with the team, but they still appear to have a lot of depth and a ridiculous amount of athleticism. 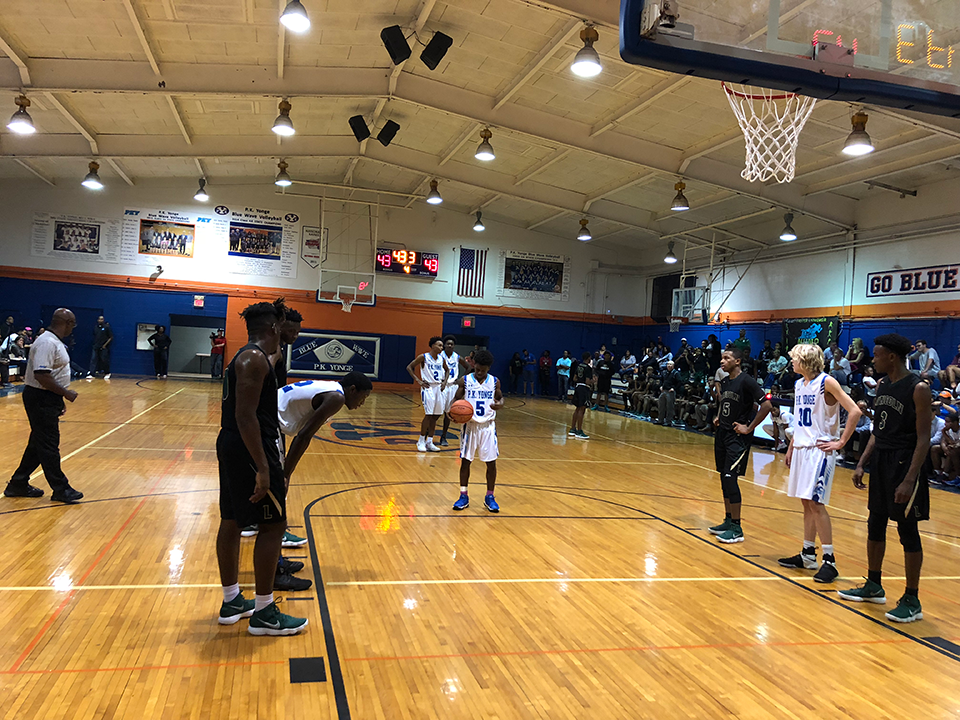 Junior guard Israel Wilcox (No. 5) also plays football for P.K. Yonge. Wilcox led the Blue Wave in touchdowns (7) and all-purpose yards (891), averaging 91 yards per game as the slotback, and had 48 total tackles on the season as their cornerback.

Sophomore forward Jacobi Byrd also plays cornerback for P.K. Yonge, averaging 7 tackles per game, with one interception and one caused fumble on the season.

You can watch Israel and Jacobi’s football highlights.

P.K. Yonge is currently 2-2 this season. Considering the Blue Wave lost Byron Smith for the season and both losses were one-point losses, they’re looking like a team that will compete in the Florida High School Athletic Association (FHSAA) regional playoffs.

The match between P.K. Yonge and former Blue Wave guard Byron Smith’s new school, the Villages, was the definition of a back-and-forth game. The game was tied 32-32 at the end of the third quarter before the Blue Wave got outscored 22-21 in the fourth quarter.

Despite a big-time performance from Jalen Speer with 30 points on seven threes, the Villages Tre Mann answered with 33 points on five triples.

The Blue Wave bested their inter-city rival Gainesville High in what started as a run-away victory for P.K. Yonge. The score of the first half was 28-10.

William Banks IV led the team in scoring this match with 17 points on 14 shots, shooting 57% from the field. Israel Wilcox had 11 points and Jalen Speer scored 7 on two three-pointers. 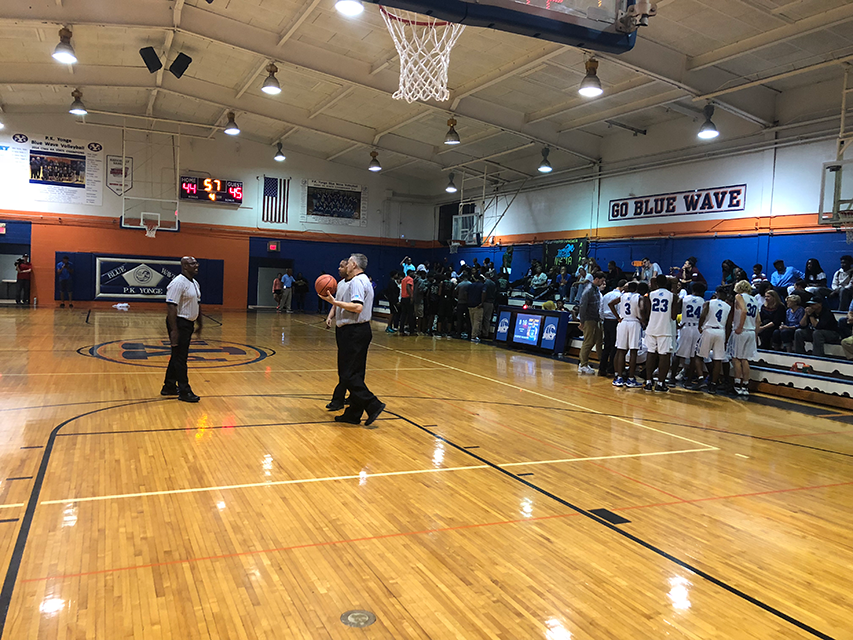 P.K. Yonge started out very slow in this matchup thanks to Lincoln’s full-court press defense on Friday. After a few forced turnovers and scattered play, Coach Blackmon settled his team down and rallied their way back into the game.

The Blue Wave went on a 16-2 run to chip away at the deficit, eventually led by six with less than four minutes in the fourth quarter before costly missed free throws, turnovers, and fouls ultimately led to Lincoln’s 7-1 run to close the game.

Another close game for the Blue Wave. Again, P.K. Yonge started the game out slow before going on a hot streak led by Jalen Speer and Danny Dawson. The sophomores sparked a 12-0 run to give the Blue Wave a comfortable lead to pull out the game.

Road to the Playoffs

With only three teams in the 4A District 1, P.K. Yonge should have no problem making it to the regional playoffs again.

If Jalen Speer continues to light it up from three-point range, he and the rest of the Blue Wave will be a headache for the State of Florida to deal with when playoff time comes around.

Keep up with the P.K. Yonge Boys’ Basketball Team here. 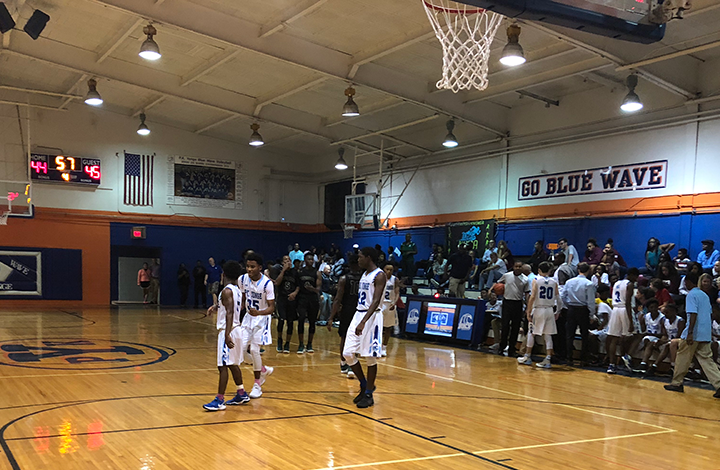