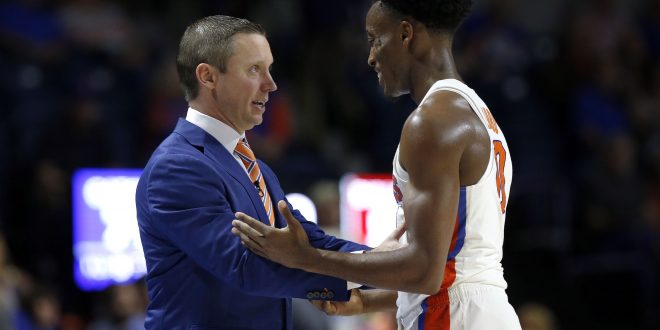 The Florida Gators’ six-game win streak was ended by the Ole Miss Rebels in Oxford on Saturday afternoon in a 78-72 loss. Keith Stone added a career-high 23 points and 8 rebounds on 13-18 shooting at the free throw line. Egor Koulechov recorded his third double-double of the season, finishing with 11 points and 11 rebounds.

Florida had no answer for Ole Miss on the inside, getting outscored in the paint, 32-22, and outrebounded 44-35. UF gave up 10 offensive rebounds. While the Rebels were successful in transition, scoring 15 points off of 10 Gator turnovers, Florida didn’t have the same luck. The Gators forced 11 turnovers, but only scored 5 points off of those giveaways. On top of that, UF missed 8 of their 14 attempted layups.

Two big results in the SEC: Ole Miss beats Florida in Oxford and South Carolina beats Georgia in Athens. Heck of a win for Frank Martin and the Gamecocks.

Florida return home to take on the Arkansas Razorbacks at the O’Connell Center on Wednesday, January 17 at 7 p.m. The Razorbacks are 0-3 in road games this season and have lost their last three games to Auburn, Mississippi State and LSU.