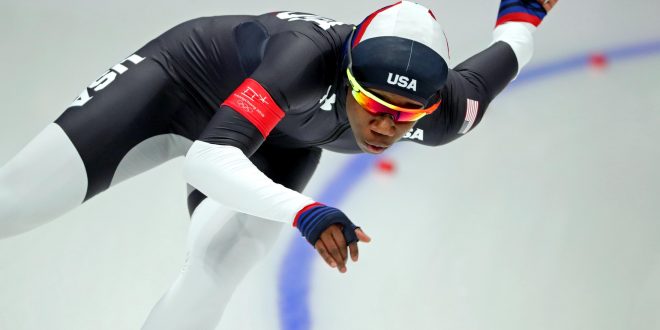 Through the first two weeks of the Winter Olympics in PyeongChang, the U.S. Olympic Team has a combined 10 medals, including five gold medals. Of the team’s five gold medals, four have come from the snowboarding competition.

In the overall field, Norway leads all countries with 27 medals (next closest is Germany with 18) and 10 gold medals, just one ahead of Germany’s count.

The U.S. has dominated the snowboarding field this year, claiming four gold medals in PyeongChang. Two American teenagers emerged as two of the best in the competitions. Both 17-year-olds Red Gerard of Colorado and Chloe Kim of Los Angeles earned gold medals.

Gerard earned the first gold medal for the U.S. after emerging from a group of 11 competitors in the men’s slopestyle competition Feb. 11. His first-place run came after he earned a score of 87.61 on his final run. With the victory, Gerard became the first athlete born in the 2000s to earn a gold medal in the Winter Olympics — and third youngest in history.

On the women’s side, Kim made her case for her first gold medal after an opening run in the women’s halfpipe competition. She landed a 93.75 on her first run and closed it out with a 98.25 to secure the medal.

Chloe Kim has thrown down the HAMMER with her first run. #WinterOlympics https://t.co/D65Nuoyydu pic.twitter.com/r6UJ7df38X

Following Gerard’s medal in the same competition, snowboarder Jamie Anderson earned the U.S.’s second gold medal with a score of 83.00. The 27-year-old California native claimed her second straight gold medal after winning the same event in 2014.

In the men’s halfpipe competition, Shaun White, one of the world’s top snowboarders, earned his third snowboarding gold medal (the first man to accomplish that) on Feb. 14. In his final run, he earned a score of 97.75 to move over Ayumu Hirano of Japan and clinch the gold (which was the 100th gold medal in the Winter Olympics for Team USA).

Moving over from snowboarding to skiing, the U.S. Olympic Team also has a gold medal in alpine skiing courtesy of Mikaela Shiffrin’s victory in the giant slalom Feb. 15. Her time of 2:20.02, during her second run in the competition, landed the Vail, Colorado native the gold. The 22-year-old earned her second-ever gold medal but announced today she decided to drop out of Wednesday’s downhill race.

Though that’s it for the U.S. in gold medals, there’s something else Team USA and Gators fans and friends of the University of Florida can appreciate. UF alumna Erin Jackson, who earned a degree in materials science and engineering, competed in the long-track speedskating competition Sunday. The 25-year-old Ocala native, whose specialty is mainly in-line skating and roller derby, placed 24th out of 31 in the 500-meter sprint.

Jackson may not have made the podium, but she said she’s eager to start training for next season.

Over on the ice, the U.S. men’s and women’s hockey teams have moved out of the preliminary rounds and into the tournament. The women’s team advanced to the gold-medal game today after shutting out Finland 5-0 in the semifinal. It’ll be the U.S. (2-0-0-1) against Canada (3-0-0-0) for the gold medal on Thursday.

The women won their first two games in preliminary play before dropping a 2-1 defeat to Canada on Feb. 15. They’ll look to avenge that loss in the final game of the tournament.

Moving on to play for #WinterOlympics GOLD! #GoTeamUSA

Competition at the Winter Olympics continues during the final week with more action all around. Today, viewers can catch curling, figure skating, hockey, skiing and more on NBC and other channels. 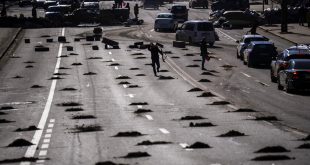 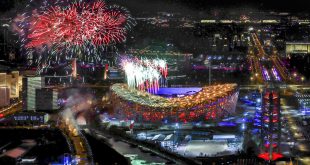