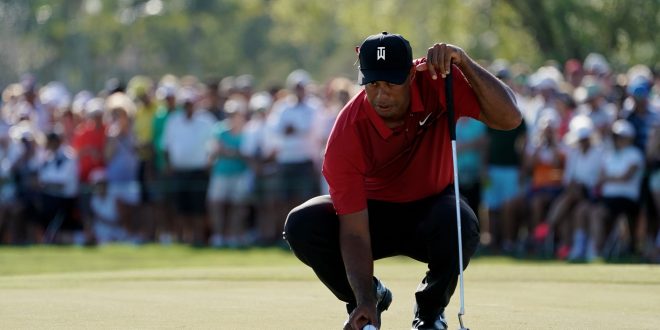 Tiger Woods hadn’t finished in the Top 10 at a tournament since 2015.

He was also away from the course for about a year.

But after returning to the PGA tour following recovery from his fourth back surgery, the 42-year-old golfer finished strong at the Honda Classic at PGA National in Palm Beach Gardens last week. Woods ended the tournament at even-par, good for 12th place, following four rounds for his best finish since placing in the Top 10 at the Wyndham Championship in 2015.

It wasn’t all about Woods, though, as Justin Thomas, the reigning PGA Tour player of the year, came away with the victory in extra holes Sunday, winning his eighth Tour title. Thomas finished eight strokes under par to secure the victory.

To start off the tournament, Woods ended Round 1 two under par with 70 strokes and found himself tied for 25th in the standings Thursday. He moved down to tied for 28th in Round 2 after finishing one under par Friday, but battled back and moved up in the standings following Round 3.

Woods shot three under par during play Saturday and kept pace in the leaderboard.

He said he felt comfortable but faced some challenges, working the ball both ways during the first round.

Woods also talked about his confidence after two days of golf on a tough course.

Tiger Woods is currently T-14th through 36 holes, his best 36-hole position in an official event since he shared the lead at the 2015 Wyndham Championship. pic.twitter.com/1pzxtgT0Ib

After three days of golf, Woods still had a chance to challenge the leaders in the final round Sunday. Entering the day, he had shot 70-71-69 during the first three rounds. Thomas, Alex Noren (Sweden) and Luke List (U.S.) were leading the way with 204, 205 and 203 strokes, respectively.

Woods was not too far behind in the standings with 210 strokes. He started off the day seven back of par and just outside of the Top 10.

With a chance to contend for the title in the back nine, Woods started off with four-straight pars but climbed back at later holes. After a birdie at the 14th hole, he ran into trouble at the 15th hole, otherwise known as the start of The Bear Trap.

Though he wouldn’t get back into contention for the tournament title, Woods finished the day strong and earned the solo 12th-place finish.

Looking Ahead To The Masters

With another tournament under his belt and a Top 20 finish, Woods is looking to prepare for The Masters in April. He said he’s trying to get himself ready for the big event and feels he’s right on track for it.

With his 12th-place finish at the Honda Classic, Woods moved up in the FedEx Cup Standings from 179 to 130.