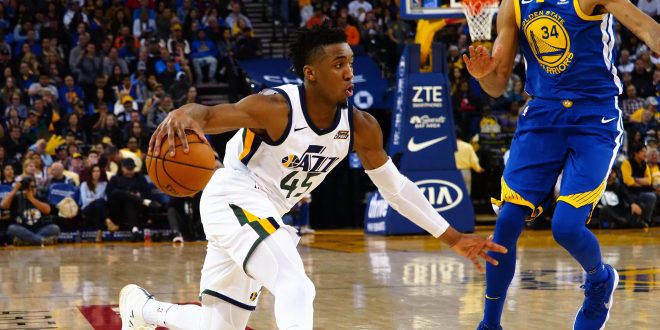 The absence of the Golden State Warriors’ all-stars is causing a recently unfamiliar sight for fans: losing.

The Golden State Warriors lost their fifth game in the last 10 after falling 110-91 to the Utah Jazz. Four of the defending NBA champions starters (Stephen Curry, Klay Thompson, Kevin Durant and Draymond Green) were out against fifth-seed Utah. Head Coach Steve Kerr is without Curry for the rest of the season after he suffered a Grade 2 MCL sprain on March 23. Draymond Green was ruled out with flu symptoms Sunday.

On the other hand, Kevin Durant could possibly return Tuesday night from his rib cartilage fracture and Klay Thompson could return this weekend after suffering a broken right thumb. Golden State guard Omri Casspi (sprained right ankle) and Chris Boucher (sprained left ankle) also were out.

Steve Kerr told the media there is “no way” that Curry would play the first round of the playoffs. However, the former unanimous MVP wants to prove his coach wrong.

Curry had returned to the court after rolling his ankle on March 8, but took two weeks off. The break was reportedly a precaution after suffering his fourth ankle-related injury this season. Despite this, Curry returned March 23 and delivered a stellar performance with 29 points before suffering the MCL sprain. The point guard aims on returning in the next few weeks.

The Warriors have nine games in their regular season schedule left. Golden State is five and a half games back of the Houston Rockets for first in the Western Conference.