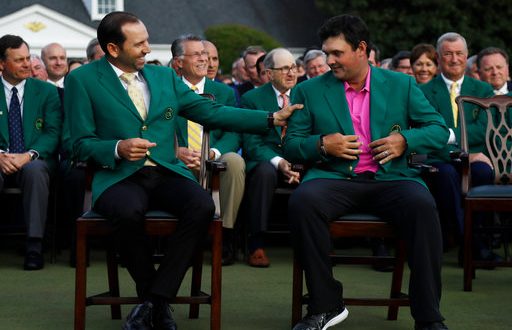 Patrick Reed held off the competition and captured the green jacket at the 2018 Masters.

Coming into the Masters

Winning the 2018 Masters was Patrick Reed’s biggest career moment without question. The 27-year-old Reed had never won a major championship prior to his win in Augusta. He has six total PGA victories in his career, and his best major finish prior to the Masters was a tie for 2nd place at the 2017 PGA championship. Reed held the No. 24 world ranking and has jumped up to No. 11 with his historic Masters victory. Not many would have picked Reed to win this tournament, but his confidence never wavered. He took the lead in round 2 and made enough plays to keep that lead until the very end.

Reed Takes the Lead and Holds On

Reed had a solid opening round, ending the first day at -3 and three strokes behind the leader Jordan Spieth. However, it was rounds 2 and 3 where Reed put on a show and took control of the tournament. Reed had a -6 round 2 in which he had 9 birdies, 6 pars, and 3 bogeys. Round three saw Reed go -5, including 4 birdies, 9 pars, three bogeys and 2 spectacular eagles to get Reed in winning position going into the final round.

In the final round, Reed showed off his steady hand and did just enough to protect his lead over the field. He went -1 in round 4. He hit par 11 times along with 4 birdies and 3 bogeys. Reed finished with with most birdies in the tournament with 22 and finished tied for the second-most eagles with 2.

Holding Off the Competition

Reed built a solid lead with a fantastic back nine in round three. At the conclusion of the third round, he was three strokes up on Rory McIlroy and five strokes ahead of the third-placed Rickie Fowler. Matched up in the same group, Reed and McIlroy went head to head on the front nine of the final round. McIlroy would only pull within two strokes before taking a tumble down the leader board and eventually finishing at -9 and tied for fifth place. Here’s what Patrick Reed had to say about his battle with McIlroy:

After Reed pulled away from McIlroy, he had some red-hot opponents to face in Rickie Fowler and Jordan Spieth. Spieth, who was sitting at just -5 after the 3rd round, had an incredible final round. He had nine birdies in the final 18 that helped him tie Patrick Reed with two holes to play. He then would bogey on the final hole and ended the tournament in third place. Rickie Fowler made Reed earn his victory. Fowler had a -5 round 4 in which he birdied 6 out of the last 11 holes, including a birdie on the 18th hole that could have potentially forced a play-off between himself and Reed. When it came down to the final hole for Patrick Reed, all he needed to do was hit par. He delivered and etched his name in Masters history.