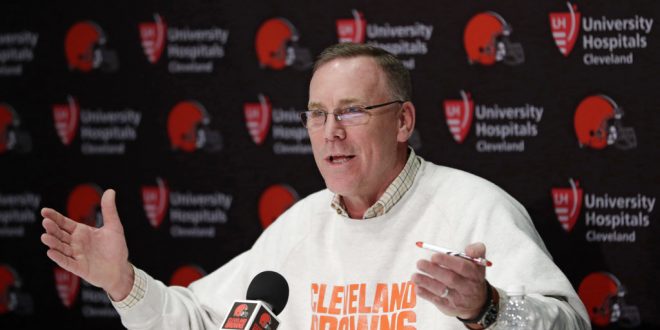 Will the Browns Take a QB in the First Round of the NFL Draft?

The last two seasons for the Cleveland Browns have not been pretty.  In 2016, the team only won 1 game and in 2017, they never won a game.

Now, in the 2018 draft, the Browns have the first overall pick and the fourth overall pick via the Texans. Cleveland has a total of 9 draft picks this year.  They’re going to use this year to change the program.

What the Browns Need

The coaches know what they want and they are hoping to find that in this year’s draft.

What the Browns Have

The Browns acquired Tyrod Taylor in March to fill the QB void before the draft.  Some are saying Taylor will be the starter for the Browns, but nothing is definite, especially with the draft next week.

Taylor is preparing for the draft and preparing to compete with at least one quarterback for the starting position.

Potential Picks For the Browns

Here’s a look at some predictions about who the Browns will take:

Hopefully, with the two first-round picks the Cleveland Browns can finally have a change in the program.

Nicolette is a senior at the University of Florida who has participated and enjoys reporting on all things related to sports.
Previous NBA Playoffs: Heat Drop Game 3 at Home to Sixers
Next Gator Tennis Ready For SEC Tournament