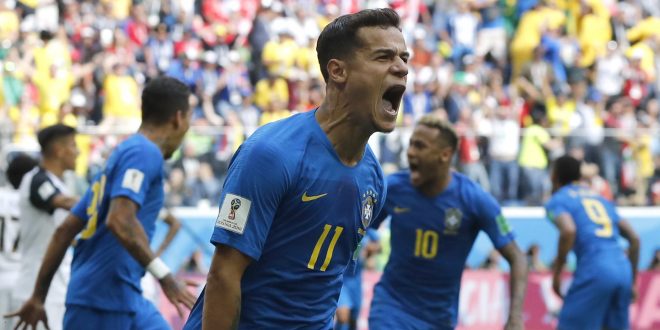 The second round of group stage matches continue in Russia. Today marked another wonderful triple-header schedule consisting of four different continents. So far, five teams have advanced to the round of 16.

Brazil dominated it’s way to a 2-0 victory that brought tears to superstar Neymar’s eyes. The victory sealed their elimination round entrance and eliminated Costa Rica from the World Cup.

Nigeria went head to head with the tournaments favorite underdog, Iceland. The Nigerians on top after a well-fought battle that keeps Argentina’s hopes alive from being eliminated in the group stage.

Today’s World Cup action kicked off with a Central and South American showdown within Group E. The Brazilians and the Costa Ricans went at each other for the entire 90 minutes. The Brazilians dominated the field but couldn’t find the back of the net as the score was still 0-0 once it reached the 90th minute.

But, the referees added a six minute stoppage time once regulation ended. One minute into stoppage time, Barcelona’s striker Phillippe Coutinho found himself and the ball an open space in the middle of the penalty box to nutmeg Costa Rican goalkeeper Kaylor Navas in the 91st minute.

What a finish for Brazil! pic.twitter.com/Vifsu7tYKy

The Costa Ricans admitted to defeat and couldn’t come up with an answer. Brazil took advantage of their morale and ultimately scored a second goal in the 96th minute. Brazil’s head coach Adenor Leonardo Bacchi used a tactical substitution to bring in Douglas Costa for the first time this World Cup. Costa later assisted Neymar for his first goal of the World Cup.

Brazil has secured its place in the round of 16.

The Super eagles showed their true dominance of Group D when they defeated Iceland 2-0. Iceland has been on a great run this world cup after tying against Argentina in their previous match, weren’t enough for the bold Nigerians.

It was more of an unorthodox game for Iceland, as they actually attempted to force an attacking end when they’re used to “parking the bus” or in other words, playing in an extremely defensive mindset.

Nigeria claims Ahmed Musa as their hero after scoring both times against Iceland. Fun Fact: Nigeria’s previous five World Cup wins have all been against European countries.

The first goal looked like something out of a video game. The precision made the play an absolute epitome for the word perfection. The second goal came after a huge breakaway run by Musa once again. The man’s incredible pace accelerated himself past three defenders and the goalkeeper to score in the 75th minute.

Musa doubles Nigeria's lead with a great run and an even better finish! pic.twitter.com/FiUY3jxaJQ

Although, Iceland still had hope. Nigeria committed a penalty and Iceland looked to close in on the Super eagles in the 81st minute. But, Gylfi Sigurdsson launched the ball towards the stands and the result stayed at 2-0 until the whistle was blown.

What a miss by Gylfi Sigurdsson!

The Icelandic no. 10 skies his penalty to keep Nigeria up 2-0. pic.twitter.com/1xNrgJNwSh

With this result, Leo Messi and Argentina find themselves in a tight window for an opportunity to still advance to the round of 16. After tying with Iceland and falling to Croatia 3-0, Argentina found themselves in a deep and embarrassing hole in the midst of an early group stage exit.

Now, at the bottom of Group D, Argentina is looking at a win or go home situation against an underrated Nigerian team this upcoming Tuesday.

Two familiar teams were looking to sneak into second place of Group E with a win in this match. Switzerland could’ve had the opportunity to tie and take command of second place since Costa Rica has already been eliminated from further progression. For Serbia, it was either win or try and defeat one of the toughest teams in Brazil to advance to the round of 16.

Serbia struck first with a beautiful header by Aleksandar Mitrovic in the opening minutes of the match. Serbia set the tone for the rest of the first half by dominating the midfield possession.

Mitrovic heads it home from close range to give them the 1-0 lead early against Switzerland. pic.twitter.com/qBxjivcgGM

The second half started with a literal bang off a lucky rebound for Switzerland’s Granit Xhaka. This goal is already considered to be one of the World Cup’s best goals due to its distance and level of difficulty to accomplish.

Furthermore, in the game’s final breaths both teams were itching for a second goal. After a failed cross from Serbia, Switzerland caught the opposition’s defenders asleep on the counter attack and found wonder boy Xherdan Shaqiri in a one-on-two situation.

Shaqiri didn’t hesitate and beat the Serbian goalkeeper with a low and decisive strike towards the far post to put Switzerland up 2-1 in the 90th minute.

When you score like that, celebrate however you want! pic.twitter.com/tmjXojGB7r 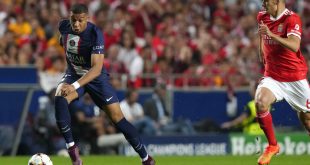 Kylian Mbappe wants out of Paris. His desire to depart from the Parisians has become …