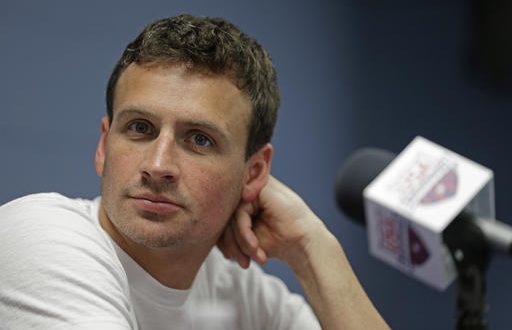 For the second time in less than two years, former Gator Ryan Lochte has been suspended.

Lochte received an IV injection back in May, which is something that is typically banned under anti-doping rules.

The U.S. Anti-Doping Agency began an investigation into Lochte’s actions after he posted a photo of him receiving the injection on social media. And as a result, the swimmer has been handed a 14-month ban, retroactive to May 24, from the USADA.

“Lochte received an intravenous infusion of permitted substances at an infusion clinic,” the USADA announcement of the suspension said.

Athletes are not allowed to receive IVs unless it’s related to hospitalization or under a USADA-approved exemption.

Being banned from competition until July 2019 means he will not be able to compete in the national championships that start this week in California or other top meets like the Pan Pacific Championships and next year’s world championships.

Lochte and U.S. Anti-Doping officials agree the swimmer was not taking any banned substances.

“I have never taken a prohibitive substance,” Lochte said. “I have never attempted to gain any advantage by putting anything illegal in my body. I would never do that; this is very serious to me.”

Suspensions like this are very rare. Only two other athletes have been sanctioned for this type of offense — one got a sixth-month suspension and the other received a 14-month ban. The USADA data base also shows that no other U.S. swimmer in the past ten years has been suspended for more than one year.

“Unfortunately, while the rule is a newer rule and is not widely known as others, I should know better,” Lochte said.

According to U.S. officials, Lochte has “fully cooperated” during the investigation.

This second suspension comes on the heels of his 10-month suspension for his behavior during a drunken incident at the Rio de Janeiro Olympics in 2016.

But despite the new setback, Lochte is determined to keep swimming at the highest level.

“I may be on the sideline from competition, but I’ll continue to train every day,” he said. “I want nothing more than to earn the privilege to swim for my country in my fifth Olympic Games in Tokyo 2020.”