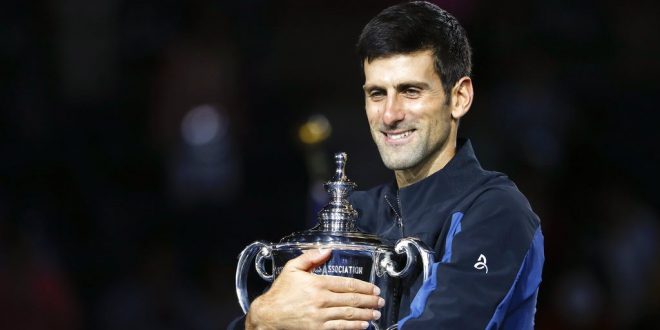 The U.S. Open was the last Grand Slam of the 2018 calendar, but in terms of drama, it certainly wasn’t the least.

On the women’s draw, a 20-year old from Japan showed signs of stardom in taking down an American legend on her home soil in a match riddled with controversy.

And in the men’s draw, a straight set match in the final was a tour of dominance for a player who continues to stake his claim as one of the greatest to ever play.

In the final on Saturday, Naomi Osaka defeated her idol Serena Williams in straight sets 6-2, 6-4. The win makes Osaka the first Japanese women to ever capture a Grand Slam title.

“It doesn’t really feel that real right now,” Osaka said after the match. “I think maybe in a few days I’ll realize what I’ve down but right now it just feels like… I don’t know. Aside from the fact there’s a lot of press in this room, it feels just like another tournament.”

Unfortunately for Osaka, some of her stage was taken over by the controversy surrounding her opponent.

Williams first was given a code violation by the umpire after he said she had received coaching. Then in the second set, she received another code violation for smashing her racquet down 3-2. That led to her being docked a point. Finally, the umpire docked her a game point after Williams called him a thief amidst a rant in which she demanded an apology for being “a liar.”

This put Osaka up 5-3 in the second set, and the 20-year-old finished off the match shortly after.

During the trophy presentation, a surreal moment occurred when Osaka broke down crying as the crowd kept booing during the ceremony.

Serena putting her arm around Naomi Osaka as the crowd boos is quite a moment. (via ESPN) pic.twitter.com/BjlDH13F1z

Men’s Draw: The Djoker is Back in Full Force

The win elevates the Serb to a tie for third with Pete Sampras on the all-time grand slam list with 14 titles. He ranks only behind Roger Federer’s 20, and Nadal’s 17.

However, Djokovic is primed for a run to challenge that. He’s now won back-to-back grand slam’s after winning this year’s Wimbledon. Meanwhile, Federer has struggled since the Australian Open, and Nadal had to exit his semifinal due to injury.

“If you told me back in February this year, back when I had the surgery, that I would win Wimbledon and the U.S. Open, it would be hard to believe,” Djokovic said. “But at the same time, you know, there was always a part of me that imagined, and believed, and hoped that I could get back on the desired level of tennis very soon.”

Native New Englander. Follow me on Twitter: @jonacosta_10
@jonacosta_10
Previous Jaguars Ride Defense to Win Over Giants
Next NFL Roundup: A Subpar Start, an Impressive Showing and an Unsatisfying Ending

Tennis stars Novak Djokovic and Ashleigh Barty have reached the top of the mountain. Djokovic …