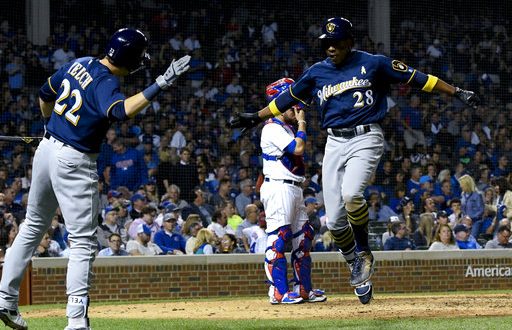 With the MLB postseason just over two weeks away, some of the league’s pennant races are closer now than ever before.

The tightest battle for the pennant around the league is in the NL Central. As it stands now, the Chicago Cubs hold a one game lead over the Milwaukee Brewers. The two teams just finished a very important three-game series where the Cubs took two of three. With just one game separating both teams, every game played from here on out is extremely crucial.

Meanwhile, the St. Louis Cardinals are only 3.5 games behind Chicago. St. Louis has been one of the hottest teams in the MLB throughout the second half of the season. The Cardinals have the potential to continue working their way into the mix. The Cardinals close out their season with two huge three-game series against the Brewers and Cubs. Those six games will most likely either make or break their playoff hopes.

Another division that’s still way too close to call is the NL West. Right now, the Colorado Rockies hold the top spot, but the Los Angeles Dodgers are only 1.5 games back. And the Arizona Diamondbacks are just 3.5 games out of first place.

For their last two series, the Rockies have faced off against their division opponents. They dropped two of three to LA and won two of the first three games in a four-game series against Arizona that ends tonight. Colorado still has one more three-game series with each team coming up next week. This will go a long way in determining the winner of the division.

While the Boston Red Sox and Cleveland Indians have already more or less clinched each of their divisions in the American League, the AL West is still up for grabs. The Houston Astros have a three-game lead over the Oakland A’s.

Both teams are on a good streak at the moment, with the Astros having won three in a row and the A’s winning six straight. The two division opponents don’t face each other again this season, but every game still matters.

With several of the NL division races separated by so few games, the race for the two wild card spots is also coming down to the wire. The Brewers hold the top wild card position and are 2.5 games ahead of the Cardinals, who hold the second spot. Two games behind them are the Dodgers, who are two games in front of the Diamondbacks.

All the upcoming head-to-head matchups will definitely influence these standings throughout the next two weeks. Every game is critical, but the results of the head-to-heads equate to pulling ahead or dropping an entire game in the push for the postseason.

When it comes to the AL, the field is pretty much set. The only question is who will win the division and who will fall to the wild card spots. Right now, the New York Yankees are a game up on the A’s, who hold the second spot. The Tampa Bay Rays are in a distant third — 8.5 games behind Oakland — and probably too far back to make a run at either team.