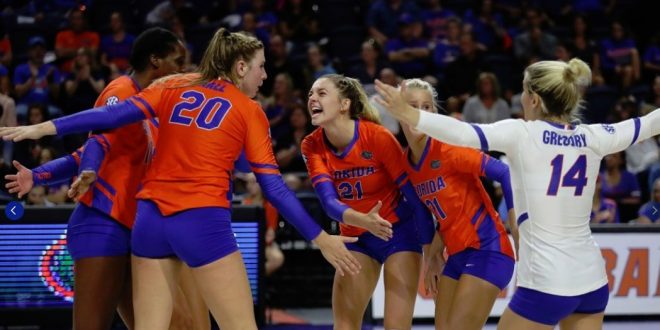 The No. 11 Florida Gators have just one more early season tournament before jumping into SEC play.

“The decision to play these matches, last weekend and this weekend, is because we’re so young and we need these matches to learn,” Head Coach Mary Wise said during a Tuesday media availability.

The Gators will get it going early against a JU team that has started its 2018 season winning only one of its first nine matches under first-year head coach Evan Muys. Their head coach for the last three years, Julie Darty, departed after being hired by Mississippi State.

Florida will be the Dolphins’s first ranked opponent of the season.

Florida International meets the Gators for the first time in six years. The last time they played Florida swept FIU in Gainesville 25-21, 25-14, 25-12.

The Panthers come in with a 6-3 record and sit third in the Conference USA standings.

With a 6-3 record for the 2018 campaign, the Panthers now look ahead to their next tournament this weekend in Gainesville!

Florida International is led defensively by redshirt junior libero Lina Bernier who ranks second in the conference with 5.17 digs per set. Fellow redshirt junior, and middle blocker Chelsea Hudson paces FIU with 31 blocks on the season.

The Black Knights come in with a 3-7 record. This match will be the first meeting between Florida and Army.

Army comes in losing its last five matches. The Black Knights’s last win came on Sep. 1 against Southeastern Louisiana. In their last match, dropped a five-setter against New Hampshire on Sep. 8.

Two players the Black Knights rely on for offensive production are freshman middle blocker Emmy Barnhorst and junior opposite hitter Sydney Morriss. Both are coming off double-digit kill performances against New Hampshire.

The Black Knights will face FIU at 10 a.m. and Jacksonville at 5 p.m. on Friday before facing the Gators.

Previous CSU Prepping for the Gators
Next No. 7 Auburn hosts No. 12 LSU in SEC Opener 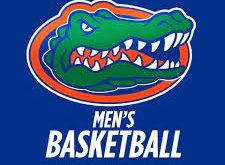