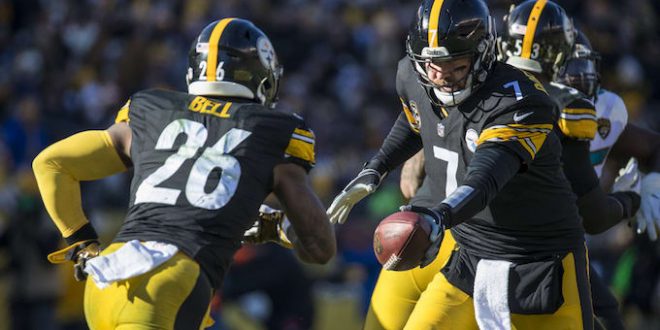 Le’Veon Bell to report to the Steelers

As we head into Week 5 of the NFL season we are experiencing something strange. The Pittsburgh Steelers are last in the AFC North. Pittsburgh has just one win, two losses, and one tie so far this season. They are clearly struggling, but a holdout from their star running back for the last half decade, Le’Veon Bell, has certainly not helped in any way.

Bell has been with the Steelers since 2013, in fact, they’re the only team he’s played for. However, Bell has sat out the entire season thus far as he’s refusing to sign his franchise tender. Over the summer, Pittsburgh offered Bell $70 million with $17 million in guarantees. Unfortunately, that just wasn’t enough money for Bell especially when other running backs in the league, like Todd Gurley and David Johnson, were receiving between $30 million and $45 million in guarantees.

Basically, Bell didn’t feel like the Steelers valued him enough and has chosen to stay away from the team so far this season in order to preserve his body for free agency in 2019. With the recent season-ending injury to Seahawks free safety Earl Thomas, who was also holding out for an extension earlier this season, it’s easy to see why Bell wanted to protect himself.

Yet it seems that his hiatus may soon be ending.

According to ESPN’s Jeremy Fowler, Bell plans to return to the Steelers in their bye-week in Week 7. It makes sense that Bell isn’t sitting out the entire season; if he doesn’t report by Week 10 he would risk his free-agency ability in 2019.

“It sucks having to sit out football,” Bell said. “I want to play. I want to win games and the playoffs. But I’ve gotta take this stand. Knowing my worth and knowing I can tear a ligament or get surgery at any time, I knew I couldn’t play 16 games with 400 or more touches.”

Even though Bell has made it clear that he would prefer to remain with the Steelers and feels that a deal can be made, some still think that his possible return isn’t so pure.

LeVeon Bell is coming back to the Steelers because:

a) He's out of money.
b) He found out his worth on open market isn't what he thought it'd be.
c) Teams will shy away from him after his mercenary attitude during the holdout.
d) All of the above.

But, do the Steelers want him back? They have made it very clear over the last few weeks that they would be willing to trade Bell. Originally, a lot of people were under the impression that the Steelers were done with Bell completely and ready to wash their hands of him altogether. Unfortunately, though, the Steelers have played really, REALLY bad, and could use Bell’s help.

And despite several teammates publically bashing the running back’s decision, it appears not all of them would be mad at the idea of Bell returning to the team.

Ben Roethlisberger says he’ll be excited “if and when” Le’Veon Bell shows up.

If Bell comes in and signs at Week 7 he will earn around $9.5 million of his franchise tender. As a result of his absence though, the Steelers could actually keep him around longer now and use the franchise tag on him next year. It would cost them $11.3 million for the one-year deal, which is less than what it cost them to tag him this offseason.

Bell said that despite the standoff with the team, he would like to continue his career and retire with the Steelers, if possible.

“I could be naïve or hopeful, but at the end of the day I feel like that’s what’s going to happen,” Bell said about re-signing with the Steelers. “I don’t think they really want me gone. That could be me being prideful. But I’m still holding out hope.”