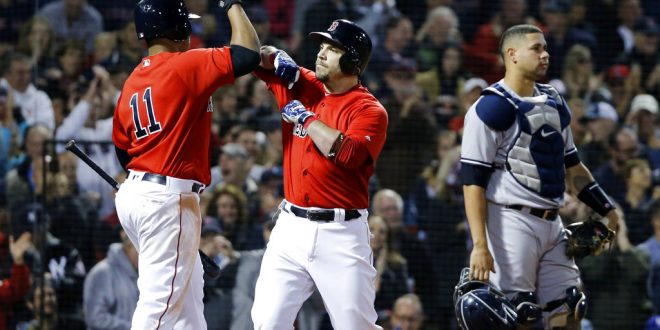 It’s back and certainly better than ever. The Red Sox-Yankees rivalry will open a new chapter tonight as both teams look to earn a spot in the American League Championship Series.

How this season stacks up

The Yankees and Red Sox were two of three teams in the majors to reach 100 wins with Boston winning a franchise record of 108 games.

Both teams each added a power hitter in the offseason as the Yankees acquired Giancarlo Stanton and the Red Sox signed J.D. Martinez. Each player was a major part in their team’s success.

The Red Sox were led by their dominant offense from opening day with batting champion Mookie Betts being the catalyst.

Chris Sale was dominant yet again this season, but the starting rotation looked weak at times throughout the season until David Price started to look like his old self towards the end of the year.

Like the Red Sox, the Yankees have a plethora of offensive weapons headed by Aaron Judge.

The Yanks would not be in the position they are today if not for their top rookies Gleyber Torres and Miguel Andujar who have played fantastic baseball all season long. New York will lean on its bullpen in the series as the unit had the fourth lowest ERA during the regular season.

In the first game between the two on April 10, the Red Sox blasted the Yankees with a score of 14-1. This of course would only lead to a bench clearing brawl the next game which would set up the narrative for the rest of the season. Boston’s offense would help them pull away from the Yankees in the division only to clinch the AL East at Yankee Stadium.

With the Yankees deploying Luis Severino for the Wild Card game against the Athletics, they will turn to J.A. Happ for game one. Boston will use Sale, of course, who has been nothing short of dominant against the Yankees in his career with 130 strikeouts and a 1.61 ERA over 100 innings.

The 1999 ALCS was the first time these teams met in the postseason with the Yankees crusing to a 4-1 series win. In 2003, they met again in the ALCS only for the Yankees to win in seven games.

And in 2004 they met again, but this time the Red Sox were able to come away with the series win. This would lead to Boston beating the St. Louis Cardinals in the World Series ending “The Curse of the Bambino” in which the Red Sox endured of World Series drought of 85 years.

This is the first postseason series in more than a decade that will feature high profile batting, pitching and emotion. Will the Yankees ‘Bronx Bombers’ be able to out duel Boston’s ‘Killer Bs?” The answer to that will be clear in no more than five games.

Throughout the Wild Card game, Yankee fans were chanting “We want Bos-ton!” Well there you go New York, you got ’em. 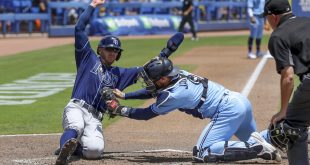