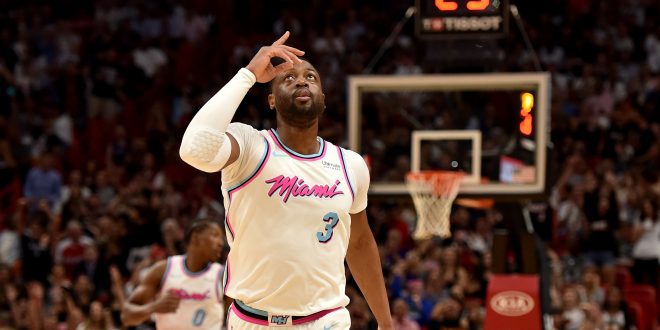 Magic and Heat Tip Off Tonight

For the third straight season, the Miami Heat and the Orlando Magic will open their NBA seasons with an in-state battle. Tonight the two teams will square off in the Amway Center at 7 p.m.

A new era begins tonight for the Orlando Magic with first-year head coach Steve Clifford at the helm. Clifford might be a familiar face for Magic fans. Clifford was an assistant coach for the team when they made it finals in 2009. The Magic and Clifford will try to snap a streak of six straight losing seasons.

For Miami, Dwayne Wade will be wearing a Miami Heat jersey for the first time on opening night since 2015. Wade played in 21 games a year ago with Miami after being traded from the Cleveland Cavaliers. Wade averaged 12.o points, 3.4 rebounds and 3.1 assists per game last season with the Heat.

It was all a dream until 16 years ago it became a reality. Tonite the dream and the reality continues for One Last Season. #OneLastDance. I couldn’t imagine finishing my career any other… https://t.co/6S6ZUjzIfN

Orlando isn’t the only team with familiar faces. Miami looks to build off the success from last years run to the playoffs. The team finished with 44 wins in the regular season before falling to the 76ers  in the first round of the playoffs. Miami brought back much of the same team. They didn’t make any splashes in free agency and did not have a draft pick. The team was also rumored to be interested in Timberwolves guard Jimmy Butler, however, start the season with a similar roster as expected.

Last season, the Magic got off to a promising start at 8-4. But, they continuously struggled with injuries throughout the year. Aaron Gordan, Even Fournier and Nikola Vucevic all return for Orlando. Clifford named those the three tri-captains of this years team. The team expects everyone to be able to play in this season’s opener.

The Magic expect to have all of their players available to play in tonight's opener against the Heat, Orlando coach Steve Clifford said following his team's shootaround.

Tonight the Heat and Magic will tip off at 7 o’clock at Amway arena in Orlando. The game will be broadcast on Fox Sports Florida.