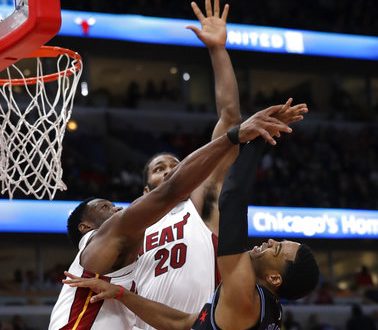 Heat Look To Get Hot At Home

The Miami Heat return for a week-long home-stand as they look to turn things around after losing 7 out of their last 10 games.

The Heat have struggled at home with a 4-7 record, and are hoping to change that starting with a match-up against the Hawks tomorrow.

The Heat continues to perform adequately on the defensive side. They allow, on average, just over 110 points per game, which is better than half of the league.

Despite being No. 13 in the league in points per game, they continue to struggle to defend on three-pointers. Opponents are successful over 36 percent of the time on three-point shots against the Heat. However, Miami does have one of the best centers in the league.

Center Hassan Whiteside leads the NBA with an average of three blocks per game, the only player averaging three or more. Whiteside is also second in the NBA in rebounds, averaging 14 per game.

Defensively, the Heat are not a bad team, in fact, they are one of the better defenses in the NBA. If Miami continues to play strong defense, it could start to rebound from a rough start to the season.

Dwayne Wade had a record-setting performance against the Raptors on Sunday. He scored a season-high 35 points, which is the most any player has scored off the bench in Miami Heat history.

Wade’s 35-point performance could be just what the Heat need to jump-start the offense. The Heat rank No. 20 in the league with points scored, only averaging 108 points per game.

However, they are the eighth best team in the league on three-pointers. Miami is dead last in the league in field goal percentage, only hitting those shots 43 percent of the time. This is a fixable trend for the Heat, and if they are able to right the ship on this, then they may begin to get back to their winning ways.

The Heat is playing defense at a high level, and there are aspects of the offense that are clicking as well. If the Heat can fuel off of Wade’s performance and have a good home-stand, they may turn their season around.