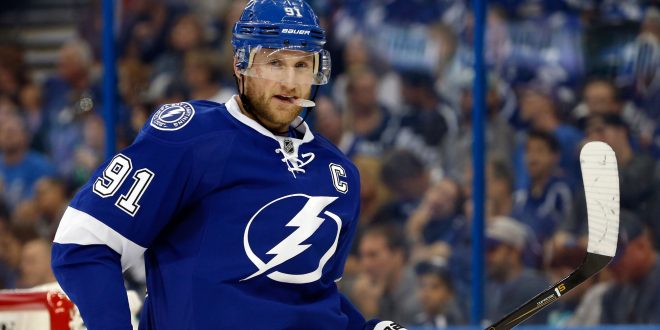 The Tampa Bay Lightning are one of the NHL’s elite teams right now, alongside the Nashville Predators, Toronto Maple Leaves and Buffalo Sabres. However, the Anaheim Ducks came in to Tampa Bay and played phenomenal defense in route to a 3-1 victory over the Lightning. Aside from Right Winger Nikita Kucherov’s assist to Center Brayden Point early in the game, offense seemed hard to come by. Point scored his 18th goal of the season during this game, and Kucherov extended his point streak to seven games.

These two teams were tied at 1-1 in a tight game going into the final period of regulation. After two goals in a 48-second span, this tie turned into a comfortable 3-1 lead for the Ducks. Nick Ritchie took advantage of a power play opportunity for the Ducks to bring it to a 2-1 game. Not too long after that, Carter Rowney scored another goal to extend the lead to 3-1.

Duck’s goaltender Ryan Miller had himself a great performance last night, shutting down 34 of the 35 shots that came his way. Although the Lightning took 13 more shots than the Ducks, Miller’s fantastic defense helped the Ducks tremendously. Efficiency was key for the Ducks, as they scored three goals on 22 shots compared to the Lightning, who only notched one goal on 35 shots.

Although the Lightning came up short against the Ducks on Tuesday Night, they still sit near the top of the NHL’s Eastern Conference standings. They are only one point back from the Buffalo Sabres, who they play Thursday Night at 7:30 p.m. The Lightning lost a close one to the Sabres the last time they matched up, 2-1. Also, the Sabres are the NHL’s hottest team right now, currently riding a 10-game winning streak.