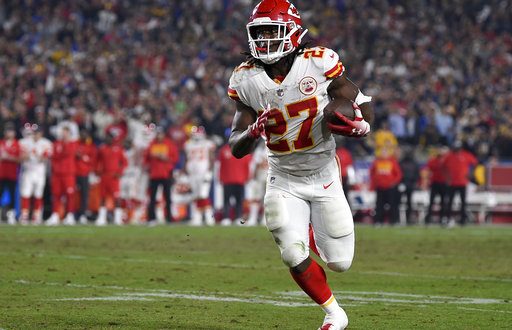 Chiefs Move On Without Hunt

Former Kansas City Chiefs running back Kareem Hunt was released from the team after a video of an altercation with a woman in Cleveland was released.

In an interview with ESPN’s Lisa Salters, Hunt apologized for shoving and kicking the woman.

“Honestly, I just want to let the world know how sorry I am for my actions,” Hunt said. “It’s been a tough time for me. I’m extremely embarrassed because of that video.”

In an interview with @saltersl, Kareem Hunt addressed the incident in which he shoved and kicked a woman in the hallway at his Cleveland residence. https://t.co/gHtDXnHPc6 pic.twitter.com/om66arTGtS

Hunt is now a free agent and is facing a six-game suspension.

Conley said he was first concerned for Hunt as a person rather than a football player.

On the other side, Chiefs running back Spencer Ware said the team needed to stay focused on the ball game.

Kansas City has a big schedule lined up. The Chiefs now have to change the way they prepare to face the Baltimore Ravens, Los Angeles Chargers, Seattle Seahawks and the Oakland Raiders.

The Chiefs are 10-2 on the season and lead the AFC West.

Without the dual-threat player, the offensive scheme will have to change for the remainder of the season. According to Yahoo Sports, you can expect to see more of Tyreek Hill in the backfield. NFL analysts said they think they are still going to throw the ball successfully without Hunt.

KC head coach Andy Reid says, “I don’t think anybody necessarily wins in this situation. I’m hoping and would like Kareem to get help along obviously with everybody that was involved with it. It’s a tough deal. It’s not a win-win situation for anybody, the young lady included.”

The Chiefs host the 7-5 Ravens Sunday at 1 p.m. The game will be aired on CBS.

Ware said the team is just focused on winning the Super Bowl.

Kate Venezio is a fourth-year telecommunication-news student at the University of Florida. Kate does it all: Behind the camera she captures emotional moments as a photographer for the University of Florida Athletic Association. She's comfortable being in front of the camera, too. Kate interviews players, coaches, fans and family members for pre- and post-game coverage as a beat reporter for ESPN Gainesville/WRUF-FM. In addition, Kate produces the sports segment for the weekly WUFT News program. There, she's responsible for writing the script in its entirety to include production commands. The presentation includes video highlights and interviews taped and edited, and Kate then live anchors the final package on a daily deadline. In addition, she writes stories for wruf.com where she informs sports fans of local, state, and national trending topics. Kate also utilizes social media as a tool to help get the stories in front of viewers.
@@kate_venezio
Previous Mullen: Peach Bowl is an unbelievable reward
Next Eagles get big 28-13 win over Redskins