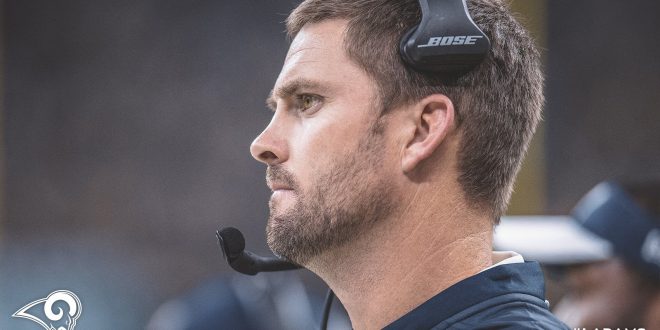 From The Super Bowl

This will be the 10th head coach listed to take over for this franchise. Taylor, knew this move was going to happen eventually, but had to focus on what was in front of him trying to win a Super Bowl for the Rams.

Two days after the Rams lost in the super bowl to the Patriots, Taylor was named head coach. The Bengals had seen potential in Taylor all year, but could not hire him until his job was done with the Rams. They looked to hire him once the Rams were eliminated in the playoffs, but coaching and helping Jared Goff have one of the best seasons he could of had landed the Rams in the Super bowl.

A first day at the office.

Head Coach of the Bengals

The Bengals sat down with Taylor prior to his decision couple weeks before his Super Bowl appearance.

Taylor will be the second youngest head coach in NFL history behind his former head coach Sean McVay. Mcvay is 33 years old who lead the Rams to a Super Bowl this season.

This will be a great new venture for Taylor being that he has been under the Rams staff since 2017. His first position with the Rams was assistant wide receiver coach.

Taylor says he looks to do everything in his power to get the Bengals to the playoffs and even a potential Super Bowl appearance. The last time the Bengals made the playoffs was January 4th, 2017, where they lost to Indianapolis 26-10.

“we all have high standards for each other and ourselves, we want to have the fastest team in the league on Sundays ,we want to have the freshest team in the league on Sundays. So guys can play to their maximum potential we’re all trying to achieve the same thing trying to be champions were going to go out there and take whats ours”