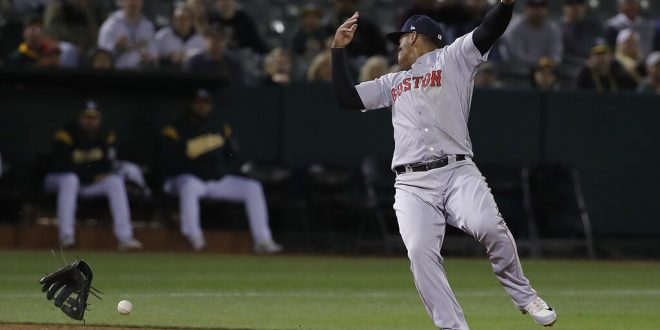 Rough Start To The Season For Some Of MLB’s Best

The Boston Red Sox, New York Yankees and Chicago Cubs all made the MLB playoffs in 2018. The team’s combined to go 303-184 with the Red Sox eventually winning the World Series.

To this point in 2019, things have been a different story.

Through the first two weeks of this season, those elite teams have combined to start 5-13 as the Yankees currently own the best record among them at an abysmal 2-4.

Yankees and Red Sox sitting in the cellar of AL East

Not the best start for the Yankees in 2019. pic.twitter.com/ub9jAw1V6C

Nobody expected the Bronx Bombers to get off to the start they have so far this year, especially not against lowly opponents like the Detroit Tigers and Baltimore Orioles.

Things did start out promising on Opening Day after a 7-2 victory transpired for New York, but now the team has dropped four of its last five, only scoring five runs total in its last three games.

As a team, the Yankees have struggled to hit, and the stats showcase that. New York has struck out 65 times through six games with a team batting average of just .206.

With the amount of money and talent put into the roster, most believe that this start is simply unacceptable and manager Aaron Boone has to start getting more out of his lineup.

The Red Sox are the first reigning World Series champion to start 1-5 or worse since the 1998 Marlins. That team went on to lose 108 games. pic.twitter.com/NrARO1pBhv

The reigning World Series champions are perhaps the biggest surprise in Major League Baseball to this point in 2019.

A west coast road trip has been one to forget so far for the Red Sox.

The Seattle Mariners stole three of four from the Sox in Seattle, squeaking out close wins in the final matchups of the series. Boston was simply uncompetitive in the first two games of the series against the Oakland Athletics. The team was shutout twice, getting outscored 8-0. A much-needed 6-3 victory on Wednesday stopped the bleeding momentarily, but it doesn’t erase the fact that the 2018 champions of the MLB are dead last in the AL East right now.

Chicago off to slow start due to poor bullpen

The Chicago Cubs have the highest batting average in the MLB and have already scored 32 runs. Yet they sit at 1-4. That’s because the Cubs bullpen has been abysmal through the team’s first five games.

17 earned runs and 17 walks through 17.1 innings of work. Those numbers are the reason why Chicago has gotten off to such a cold start.

The Cubs have dropped four games in a row, and in those contests, the team gave up a combined 33 runs. According to a Cubs Insider article, manager Joe Maddon isn’t concerned despite the numbers to this point.

“We do have to nip this in the bud,” Maddon said. “I do anticipate our guys will. There are a lot of good names down there.”