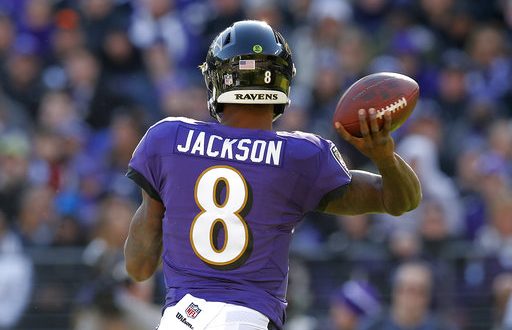 The Baltimore Ravens prepare for a promising year

With the NFL draft right around the corner, the Baltimore Ravens look forward to the 2019 football season. Last year, the team ended with a 10-6 record earning them the No. 1 seed in the AFC North for the first time since 2012.

This performance also clinched the team a spot in the playoffs since 2014. The Ravens eventually ended the 2018 season losing in a wild-card round against the Los Angeles Chargers.

During the 2018 season, Joe Flacco suffered a hip injury, and rookie-season quarterback Lamar Jackson replaced the veteran. Jackson proved to be the missing piece for the Baltimore Ravens. He seamlessly adjusted to the professional level, winning six of seven games as their new quarterback.

In the off-season, Jackson is consistently praised for his extreme work ethic on and off the field. He is admired for his mental strength and natural leadership skills by his teammates and coaches.

“Moving forward, the consistent fundamentals are really going to take him to the next level,” offensive coordinator Greg Ronan said.

Jackson, in agreement with Ronan, believes there is always room for fundamental improvement. On Tuesday, he discussed areas where he could improve moving into his first full year as a starter.

Running back Mark Ingram is another promising addition to the Ravens 2019 roster. After eight seasons with the New Orleans Saints, Ingram explained some of the challenges he will face transitioning to a new program.

In a press conference on Tuesday, Ingram said: “I feel like everything that we’ve been doing translates well to the field, so that’s something that I’m a big fan of and something that I’ve been happy to see so far…” After only two days practicing with the team, he said Baltimore already feels like home

The Ravens will face the Jacksonville Jaguars on August 8 to start preseason play. Other opponents on the preseason schedule include games against the Packers, the Eagles, and the Redskins. The full 2019 schedule is anticipated to release April 17 at 8 pm.