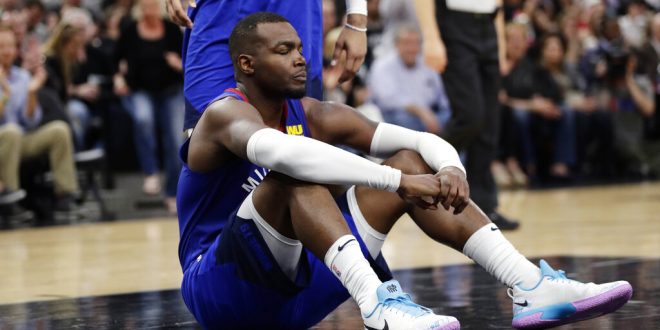 The Denver Nuggets were looking to regain home-court advantage against the San Antonio Spurs Thursday. To do this, they would have to try to do something unprecedented: win in San Antonio.

The Nuggets have fell short of this goal their previous 13 attempts. Despite a strong act by Nikola Jokic and an impressive performance behind the arc, Denver’s starters chained the team down. Meanwhile, Derrick White and DeMar DeRozan ran the court to force Denver into a must-win game four after handing them the 118-108 loss.

The game was a back-and-forth slugfest right at first jump. For the Spurs, Derrick White was deadly effective early on, scoring 10 points in the first with 36 points total. The teams flipped the lead back and forth until San Antonio broke away on a 9-0 run led by White and LaMarcus Aldridge. The quarter came to an end at 31-22 with the Spurs up as the Nuggets continued to search for their offense.

It was in the second period when the Nuggets stuck back. They came out of the gate strong with Malik Beasley attacking the hoop up high while Mason Plumlee put in work in the paint. It was the first time in the series that the Nuggets bench were a dominant figure against the usually controlling Spurs.

Denver’s Torrey Craig was a force of nature at the rim, whether he had the ball or if he was springing for another offensive rebound. On the other side of the court, the Spurs were at a standstill, not scoring a point in the second for more than three minutes before a free throw found Jakob Poeltl. After that, the Nuggets took the lead on a 28-9 run. Despite this, the San Antonio was just the Spur in Denver’s side all night, refusing to go quietly.

White was playing an outstanding game and took advantage of every Denver weakness, leading the Spurs to take back the lead on a 13-2 run of their own. As time ticked down with the teams tied, White secured the lead at the half with a quick steal and fast break leading to a 3-pointer.

The Nuggets broke out of the half strong yet again with a quick Jokic three-pointer and were finally denying White’s deadly shots. Unfortunately, as the Nuggets were guarding White, it allowed DeRozan to heat up on the other end when he began taking the brunt of the offensive work.

Jokic decided to get aggressive and made six straight points by dominating the paint. Denver’s bench was dead-set on tightening up but trailed going into the fourth quarter for the third time in a row.

The Nuggets once again put on the pressure early in the period with some big league plays coming from Malik Beasley, but the Spurs didn’t allow much breathing room. San Antonio continued to build a solid lead over Denver despite coach Michael Malone’s timeout. Some less-than-favorable officiating contributed to the frustrations the Nuggets had.

By the time the quarter was halfway over, the Spurs had gone on a 14-2 run, extending their lead to 16. When Denver failed to keep White under control it was the beginning of the end. San Antonio was up by 20 and both teams sent in the second string. Beasley and Craig drained some last minute threes, but the Spurs wrapped up the game to take game 3 with a 118-108 win.

The Denver Nuggets look to tie up their series against the San Antonio Spurs who are up 2-1 now. The two teams will next meet Saturday, April 20th with tipoff at 5:30 p.m.