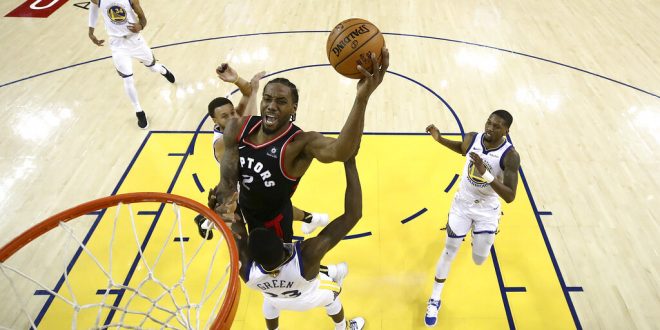 Tonight’s game is crucial for both competitors as the Raptors look to tower the series 3-1 while the defending champions try to avoid falling into a 3-1 hole at home.

Wednesday’s game was a tough loss for Golden State, but it was simply because they were overmatched. Not only was Kevin Durant still unable to play but Klay Thompson along with Kevon Looney also did not compete in Wednesday’s game due to injuries.

In addition, Demarcus Cousins did not have a great game with 1-of-7 shooting. Stephen Curry did the best he could do that night for his team scoring a total of 47 points.

☔️ @StephenCurry30 became the 8th player in @NBAHistory to score 47+ PTS in an #NBAFinals game on Wednesday!

Who ya got in Game 4 TONIGHT at 9pm/et on ABC & TSN? pic.twitter.com/1rxHRPqTX5

But, the Raptors played excellent and completely dominated over the Warriors. Kawhi Leonard scored 30 points shooting 52.9 percent from the field. Serge Ibaka stepped up in Game 3 for the Raptors rejecting six shots in 22 minutes. Finally, Kyle Lowry and Marc Gasol gave the team a combined 40 points on 51.9 percent shooting according to ESPN.com.

Sitting out game three was miserable for Thompson, but he says that he is ready to go for game four joining Curry.

The Splash Brothers have the opportunity to redeem themselves against Kawhi and the Raptors this evening.

Kevin Durant Will Sit Again for the Warriors

Kevin Durant will continue to sit out of the NBA Finals because of his strained calf he suffered in Game 5 of the Western Conference semifinals against Houston. Coach Kerr says that Durant has not had any more setbacks with his injury but has not even been able to participate in a scrimmage yet. Kerr says he hopes Durant will be able to play in a scrimmage either today or tomorrow.

Kerr remains optimistic for Durant’s return for the end of the Finals.

The Miami Heat and Orlando Magic both won Thursday night. The Heat beat the Warriors …