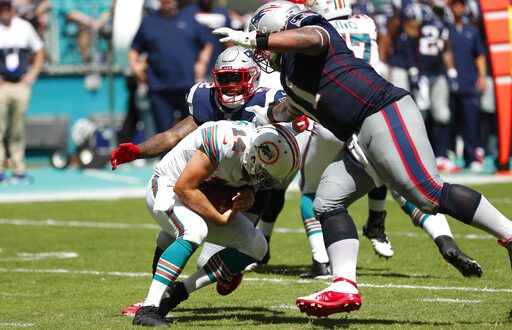 Miami Seeks Second Win of the Season Against Colts

The Miami Dolphins travel to Indianapolis to take on the Colts on Sunday.

On Nov. 3, the Dolphins picked up their first win of the season against the New York Jets.

The Colts look to pick up a much needed win as they trail the Houston Texans for the lead in the AFC South.

To tank or not to tank

The Dolphins rank 29th in total yards per game and 29th in points per game in 2019. In what has been a less than stellar start to the season, the Dolphins now sit at 1-7.

Although they picked up their first win of the season, Brian Flores does not want his team to get too comfortable.

Miami could pick up a win against a depleted Indianapolis team on Sunday.

Indianapolis’ injury report includes Jacoby Brissett, the starting quarterback who has played well in relief of Andrew Luck when he unexpectedly retired during the preseason. According to the injury report, Brissett is questionable for Sunday’s game with an MCL sprain. The Colts will more thank likely hold Brissett out from the game, as the team is likely confident that they can win with back-up quarterback Brian Hoyer.

According to Colts head coach Frank Reich, if Brissett is healthy, he will play.

Also in the injury report for Indy includes T.Y. Hilton. The Pro-Bowl wide receiver has a calf injury, and Colts head coach Frank Reich does not expect him to be ready for Sunday.

The Colts love to run the ball. They rank 9th in the NFL in rushing yards per game with 129.8, and the bell cow for them has been Marlon Mack. Mack has 679 rushing yards on 159 carries this season for an average of 4.27 yards per carry. The Dolphins allow 150.8 rushing yards per game, which is second to last in the NFL. Look for Indy to rely heavily on Mack, as injuries plague their quarterback and wide receiver corp.

Miami will start Ryan Fitzpatrick at quarterback, who has ranged from serviceable to mediocre. Fitzpatrick thinks that his team has turned the corner.

Steven Walker is a beat writer for ESPN Gainesville and is currently studying Journalism & Sports Media at the University of Florida.
@swalker_7
Previous Gators VB faces Rebels for first of two Mississippi matches
Next Bucs’ Bruce Arians Looks for Win Against Former Team