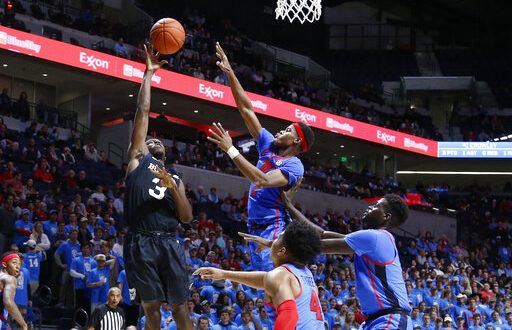 The Florida Men’s Basketball team travels to Indianapolis to face the Butler Bulldogs this Saturday. The Gators are heading into the matchup with a four-game winning streak under their belt. In the Charleston Classic, Florida was victorious against Saint Joseph’s, Miami, and Xavier. In their most recent game back in the swamp, they defeated Marshall 73-67. Overall, the team is 6-2.

The Bulldogs are currently 8-0, going into the Saturday matchup undefeated. Nick Gardner serves as the team’s radio broadcast analyst. Before he was guiding Butler basketball fans through plays, he was seen on the court as the Bulldogs’ former guard. While completing his undergrad at Butler University, he was a walk-on during the 2000-2001 season. He later received a scholarship during his senior season on the team.

Gardner explains that he goes way back with the Bulldogs’ head coach LaVall Jordan. They both attended Butler together when Gardner was just a freshman and Jordan was a senior. Even though Jordan is considered a fairly young coach, Gardner agrees that the success of the team stems from the relationship he forms with each player.

Jordan began his coaching career as an assistant coach at Butler back in 2004. Then, he made his way to Iowa and Michigan before getting a head coach position at Milwaukee. During 2017, he returned to Butler as the head coach.

As the Bulldogs head into their match with the Gators, Gardner reflects on and highlights the aspects of the team that have improved from last season.

He put a spotlight on senior guard Kamar Baldwin. In their most recent win against Ole Miss, Baldwin shined on the court. He scored 31 points, adding six rebounds and three assists.

The Florida Gators are set to face the Butler Bulldogs at noon at Hinkle Fieldhouse this Saturday.