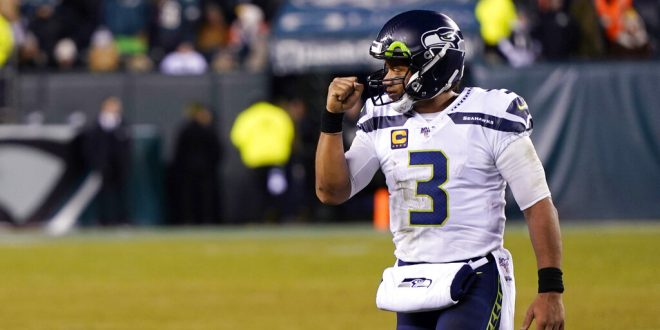 The final playoff game of the divisional round will provide NFL fans with plenty of memories and plenty of snow as the Seattle Seahawks travel to take on the Packers on Sunday night.

Rodgers and Wilson: The End of the Old Guard?

Tom Brady’s elimination last weekend leaves Aaron Rodgers and Russell Wilson as the most experienced playoff quarterbacks still standing. The two have played in a combined 30 postseason games, while the rest of the remaining QBs have a combined 10 postseason games under their belts.

As the new crop of NFL elite quarterbacks begins to reveal itself, with the likes of Lamar Jackson, Patrick Mahomes and Deshaun Watson making serious cases for themselves, Sunday night’s matchup could serve as a pass of the baton. Not that their skills are diminishing, but with so many young guns in the league heating up, Rodgers and Wilson could find adding further Super Bowl rings to their legacies more challenging than ever in the near future.

The veteran shot-callers are the faces of two teams with a lot of notable history against each other. Wilson and the Seahawks came back late in the 2014 NFC title game to defeat the Packers 28-22 in overtime. Also, the infamous “Fail Mary” in 2012 won the Seahawks a September game 14-12 to the anger of Green Bay fans.

Seattle is 8-1 on the road this season, including the playoffs, but they have not won at Lambeau Field since 1999, going 0-8 since then.

While Marshawn Lynch’s return to the field dominated headlines last weekend, his output did not. Lynch carried the ball six times for seven yards against the Eagles, and the Seahawks running backs struggled as a whole. Twenty-one-year-old Travis Homer rushed 11 times for 12 yards as he paced the banged-up Seattle backfield in carries. Wilson led the team in rushing yards. The Packers will be wary of Lynch though, according to head coach Matt LaFleur, due to his legacy as a dominant runner:

Receiver DK Metcalf had a field day against the Eagles’ secondary last weekend. He posted seven catches for 160 yards and a touchdown. But, the Packers present a significantly tougher challenge. Green Bay had the 14th best pass defense in the league this season, and Metcalf had this to say about the matchup:

Containing Wilson will also be a priority for the Packers. Nose tackle Kenny Clark could be an important part of that. He is second among interior linemen in pass pressures this year, according to Pro Football Focus. However, Clark was “really limited” in practice Thursday after missing it completely on Wednesday. The team is hopeful he will be able to play, but he might not be 100%.

I'm a senior journalism student at Florida. I love sports, and I love covering sports. I'm one of the beat writers for the Gator soccer team right now, and if you follow me on Twitter @johnmiceli13 you'll never miss a soccer update
Previous Rhule Ready to Represent the Panthers
Next Preview: Tennessee Titans vs. Baltimore Ravens