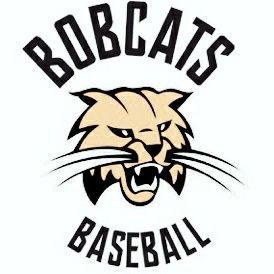 The Buchholz boy’s baseball team has started this season on a tear. The Bobcats won their two preseason games by a combined 26 runs, shutting both teams out in the process. They began the regular season with an 11-1 win over Lake Weir on Tuesday night and have looked unstoppable up to this point. However, they now come up on the North Marion Colts. The Colts have yet to play a game this season, and fresh legs should not be overlooked.

The Bobcats know they have to take games one at a time. However, the two times they played North Marion last year, they won 16-6 and 11-4. In fact, the Colts have not beaten the Bobcats since 2015. These rosters have completely turned over since, with freshmen from that 2015 squad now well into their college years. While beating North Marion is the number priority right now, Buchholz has a greater goal in mind.

“As a team, I would say winning districts and making it to regionals are our biggest goals,” senior Corbin Grantham said. “Not many Buchholz teams have done that and it would be pretty special to do in our senior year.”

They have the talent to go that far and further. As previously written about, this Bobcats’ squad is led by six seniors, three of whom will be playing college ball. Two of them, Grantham and Luke Baker, will be playing in the SEC. They have talent all over the diamond and could easily make a run to regionals or even states.

Thompson is by far the Colts’ most explosive hitter. He is committed to the University of Florida, and was named to the 2020 World Showcase Top Prospect List. He received a high honorable mention in Perfect Game’s Preseason All-American List as well. Thompson played with the Toronto Blue Jays Scout Team at the World Showcase. His swing is powerful, and he has the capability to go yard at any at-bat.

LOUD 1st week after a huge Fall, including a MONSTER performance in Jupiter. Sterlin Thompson (2020 FL) has a multi-HR day to open up 2020. He was a standout at the @PerfectGameUSA World Showcase in January. Both shown here, long to CF and pull. Massive upside bat! #PGHS pic.twitter.com/RGg7wHRHH2

He is dangerous in the field as well. He can throw the ball more than 90 miles per hour from his SS position, which is the 93rd percentile of his class. Thompson is a well-rounded player and is the main reason North Marion can win this game.

As mentioned before, the Bobcats are loaded with so much talent. As a result, some players are overlooked. One such player is Green. The 6’6″ senior is not committed to play at the next level but that doesn’t mean he isn’t a threat. In their last preseason game against Williston, he went deep early to set the tone of the game.

Buchholz will need to get production from all positions in this one, and Green might just be the X-Factor that propels the Bobcats to victory.

The game is currently expected to start at 6:30 PM on Thursday, February 20, and it will take place at Buchholz High School.

Michael Hull is a sophomore at the University of Florida and is currently studying Journalism & Sports and Media.
@Michael_Hull33
Previous Lugo Throws First Career Complete Game No-Hitter as Gator Softball Beats JU
Next Gators’ Nunez Walks Off the Dolphins in Extras