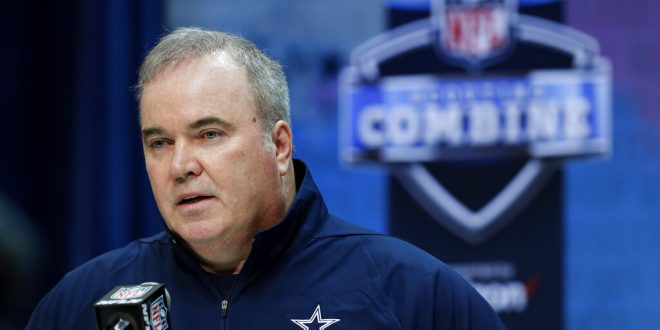 The Cowboys did not have the 2019 NFL season they expected as they fell short of the playoffs with a record of 8-8. Missing the playoffs was the final straw for Jason Garrett. The Cowboys ultimately decided to part ways with Garrett after 10 seasons.

During the 2020 offseason, Jerry Jones hired former Packers coach Mike McCarthy to take the Cowboy reins and lead them to a Super Bowl. Currently, the Cowboys have a very strong team with a star quarterback in Dak Prescot side-by-side with All-Pro running back Ezekiel Elliot. The Cowboys also have one of the best offensive lines in football and a star wideout in Pro-Bowler Amari Cooper.

McCarthy is extremely impressed with Prescott’s ability and expects big things from the star quarterback this season.

McCarthy, from 2006 to 2018, had previously served as the head coach of the Green Bay Packers. He led them to a Super Bowl victory in 2011. Before being a head coach, McCarthy had been an offensive coordinator for the Saints and 49ers. McCarthy posted an impressive 125 wins as Green Bay’s head coach, putting McCarthy second all-time for Packer Coach’s.

However, McCarthy took his first season off coaches in 2019 after parting ways with the Packers in the middle of the 2018 season. He was happy to spend the time with his family:

The Dallas Cowboys are one of the best franchises in the NFL of all time after debuting in 1960. Dallas, in its long history, has won 5 Super Bowls, which is the third most out of any NFL team. Thirteen Cowboys players have been inducted to the Hall of Fame, including NFL greats like Emmitt Smith and Troy Aikman.

Accordingt to McCarthy, the ultimate goal being the new Cowboys coach is to keep the longstanding Cowboy tradition of winning Super Bowls.