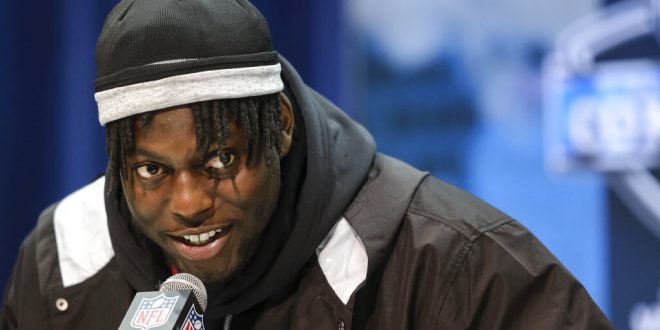 The former Auburn Tiger, Derrick Brown, is ready to bring his ferociousness to the NFL. Ranked as the top interior lineman in this year’s class by multiple sources, Brown’s name will surely be called early come draft night.

Brown anchored Auburn’s defensive line in the 2019 season. Ranked as one of the top defensive units in the country, the Sugar Hill, Georgia native wreak havoc against SEC stars such as Joe Burrow, Jake Fromm and Kyle Trask. He recorded 55 total tackles last season along with four sacks. Twelve and a half of those tackles were for a loss, plus he had four pass breakups as well.

He also caused a pair of forced fumbles, which both resulted from strip-sacks. According to Pro Football Focus Analysis, the senior did not miss a single tackle over the final season of his college career. Brown only missed five tackles in his career on the Plains for the Tigers.

As he was constantly faced with double teams throughout the 2019 season, Brown still showed vast improvement in his senior season and added an element of consistency to his game that had been missing.

Brown at the NFL Combine:

After meeting with the media on Thursday, Brown said he had met with all 32 teams this week. Both informal and formal meetings, Brown said a key focus for teams was the consistency of his play. They questioned the level of play in his senior year compared to his junior year.  Brown attributed a lot of his improvements and consistency to the birth of his son, Kai causing more maturity and seriousness about his play.

Brown is taking part in all aspects of the combine, undergoing measurements, interviews, medical testing, and the on-field workout on Saturday.

In his interview carousel on Thursday, Brown identified players like Fletcher Cox with the Eagles and Chris Jones with the Chiefs as guys that he looks up to and tries to emulate their techniques and moves into his own game.  “Not only for power, but also for the finesse moves and see if you can implement that into your game,” Brown said.

The NFL draft will kick off on Thursday, April 23 in Las Vegas. Almost a sure-fire first-round pick, look for Brown’s name to be called sooner rather later on that Thursday evening.