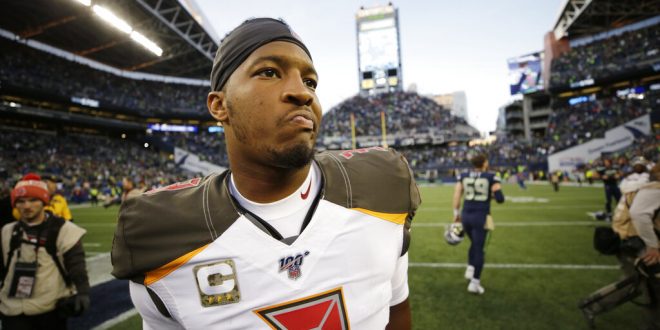 One week into NFL free agency, free agents have made a huge splash signing with new teams.

Tom Brady shocked the sports world signing with the Tampa Bay Buccaneers, then Phillip Rivers signed with the Indianapolis Colts.

A few other players like Nick Foles was traded from Jacksonville to Chicago and Todd Gurley was released by the Los Angeles Rams and was picked up by Atlanta Falcons. However, not every free agent has a new home.

Two former Hesiman winning quarterbacks, both led their respective team a national title and became No. 1 overall picks, are left with the same dilemma. Where will they play in 2020?

Jameis Winston and Cam Newton are leaving their teams in the NFC South and there is still uncertainty on where they will play in 2020.

ESPN reporter Jeff Darlington said Winston and Newton may have to wait quite a while.

Darlington also said the market for Winston is ice cold.

However, Winston in the same position Ryan Tannehill was a year ago when he was traded to Titans.

With one year left on his contract, Tannehill sat behind Marcus Mariota and started 10 games after Mariota’s injury.

Tannehill lead the Titans to the AFC Championship and received a 4 year, $118 million extension.

It will interesting to see where they land knowing the NFL is unlikely to have OTAs and have short camps and maybe even preseason with the coronavirus.

Since Newton became available, the Redskins were the favorite to land Newton. However, the reunion between new head coach Ron Rivera and a former Panthers quarterback occured with Kyle Allen being traded to Washington. Another potential suitor for Newton is off the board.

With the departure of Nick Foles, Gardner Minshew looks to take the starting role with Josh Dobbs as the backup.

The Dolphins faced a tough season not having a lot of talent but managed to win four of the last five games.

Miami has many options as veteran Ryan Fitzpatrick took most snaps for the Dolphins last season and have 14 draft picks in the draft in April.