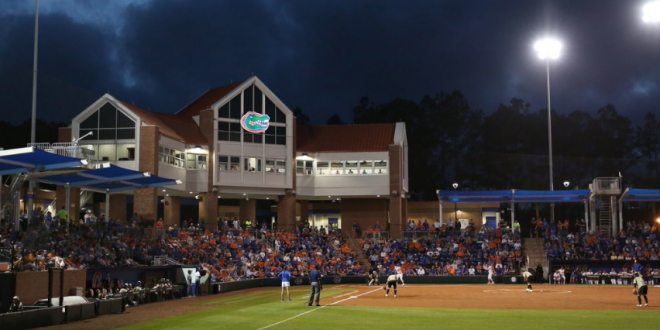 The UF softball team, like so many other squads throughout the collegiate and professional level, saw its season come to an abrupt end back in March due to the ongoing impact of COVID-19 across the country.

Now, what is the schedule moving forward for head coach Tim Walton, his staff and the players?

Season Comes to an End

The Gators were riding high heading into what was supposed to be a three-game non-conference match-up against the Baylor Bears March 13-15. Florida was coming in winners of six straight. The winning streak includes a three-game sweep over Auburn to begin SEC conference play the weekend prior.

But it was the days leading up to the Gators’ series against the Tigers where Walton began to sense things were getting pretty significant in terms of the coronavirus’ impact on sports.

He was communicating back-and-forth with officials from the SEC on how the league was planning to go about the process of handshakes before and after games. It was after that weekend Walton said things took a turn for the worse.

Walton remained in constant contact with his team from its game against Penn on March 10 all the way up until that Thursday where the announcement had been made that play was suspended indefinitely. Having to ultimately tell his players the season would not continue was a hard pill for him to swallow.

While Florida ended its season in a way no one on the team could have imagined, the Gators still managed to finish in the Top 10 of both the NFCA’s (National Fastpitch Coaches Association) and USA Softball’s final rankings.

Walton never got a chance to see his team reach its utmost potential. But, he said the one thing he really liked about this group was their play on the field.

Furthermore, Walton went on to say that he noticed the potential this Florida squad had early on in the season. One notable time was when the Gators put up a fight in a tough loss to the Michigan Wolverines.

Near the end of March, the NCAA made the decision to grant spring student-athletes an extra year of eligibility. What remains the question for a lot of coaches, universities is how to go about this process moving forward.

Walton said he has no problem with the NCAA’s decision, but he believes there will be kinks that need to be worked out moving forward.

It will be interesting to see what transpires in the coming months.