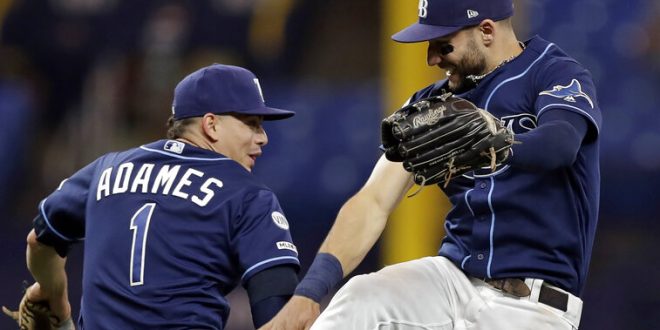 On Wednesday, Florida Governor Ron DeSantis announced that his state was open for professional sports teams to resume playing and practicing. He joined Arizona Governor, Doug Ducey, in being the second state to welcome sports back.

No matter which sport you prefer, fans are eager to turn on their television to view a live event. DeSantis deemed sports an “essential service,” allowing some events to partake safely. For instance, UFC and WWE events have been taking place safely and without fans.

NEW: Pro sports teams from any city are welcome to play in Florida, Gov. DeSantis says.

“We know that it can be done safely,” the governor says. pic.twitter.com/oQBZsgKV0j

Fans of basketball, golf, baseball, NASCAR, and soccer are excited to have sports to watch. Even those who never were never passionate about sports are eager to see something other than coronavirus coverage.

What does this mean for the start of the MLB season?

Every sport is ready to return, but maybe none more that than baseball. Their season never began making players and fans hungry for the first pitch of 2020. MLB has presented the Players’ Union with their comeback strategy this past week and a decision is still being made.

Many ideas have floated around regarding making division similar to their spring training divisions. Another idea proposed by MLB and supported by the Republican Gov is to allow teams from states with rising COVID-19 cases to play in facilities in Florida.

“If you have a team in an area where they just won’t let them operate, we’ll find a place for you here in the state of Florida,” – DeSantis

The Heat are back

NBA fans, in particular, are thrilled to hear that the Miami Heat returned to American Airlines Arena. The organization opened its doors for voluntary workouts, while socially distancing themselves from other players and staff. Twelve players arrived reassuring fans that the light at the end of the tunnel may be coming. Players have stated that if they have to play without fans, then they will.

Heat captain, Udonis Haslem, expressed joy upon his return to the court. Being back with his team and in his stadium made him feel like he never left.

“Once you step on the court, it’s like riding a bike. Your competitive juices get going. You kind of just fall back into your routine and it’s kind of like you never left.” – Heat captain

The 41-year-old leader has been allowing some sporting events to take place fan-less. While UFC and WWE events occurred, the upcoming ones have golf  and NFL fans pumped. On May 24, the Tiger Woods-Peyton Manning vs. Phil Mickelson-Tom Brady golf match will take place in Hobe Sound, FL.

Additionally, NASCAR is back. Racers will be starting their engines on Sunday, May 17, at the NASCAR Cup Series at Darlington Raceway.