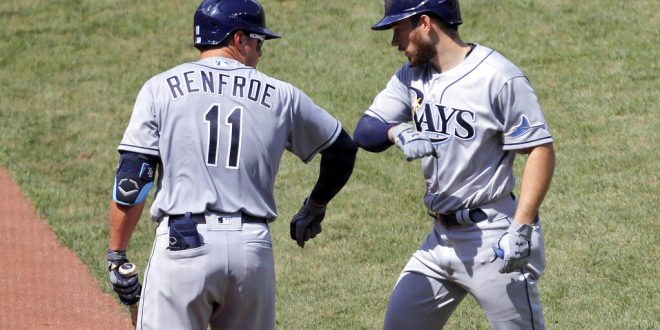 The dreaded road trip is over. The Rays are back home and looking to get back on track when they face the Boston Red Sox Tuesday night. This matchup is in an unexpected situation. It’s a matchup between the bottom two teams in the AL East.

Neither team was expected to be in this position; not even after the Red Sox lost Chris Sale to Tommy John Surgery.

The Rays started off 4-1 on the season, but have since dropped the last five in a row. Both teams come into the series after being swept in the previous series. In this series, one team could come out of it back on track, while the other continues to tumble.

It comes down to which teams’ strengths prevail. For the most part, the Red Sox offense has been reliable, but pitching as been nothing short of a dumpster fire. On the other side, the Rays started off with strong pitching and some timely hitting, before it all went out the window during their road trip.

The Rays do have something to be excited about with the return of all-star outfielder Austin Meadows. Meadows will be making his season debut during the homestand after recovering from COVID-19. Last year, Meadows batted .291 with 33 home runs and 89 RBIs. Getting that bat back in the lineup could surely give the Rays a needed confidence boost.

The starting pitcher for the Rays in the first game is Charlie Morton. Last year’s Cy Young Award finalist has not been himself at all. In two starts, Morton has an 8.00 ERA and a WHIP of 1.67. While his second start was an improvement over Opening Day, it still wasn’t great. Morton will now have to get past a tough Red Sox lineup in his path to return to form.

COVID-19 continues to impact teams. Per MLB Writer for The Athletic Ken Rosenthal, more players on the St. Louis Cardinals are testing positive for the virus.

The Miami Marlins, the first team to have a COVID-19 outbreak, is expected to return to play Tuesday against the Baltimore Orioles. The Marlins return in rough shape with 16 new players on the roster.

For now, we still have baseball. But, further incidents of player contracting COVID-19 could mean the end of the season for 2020.

Harrison is a sports coordinator at ESPN 98.1 FM/850 AM WRUF. He served as a beat writer for Florida Gators football for the 2019 and 2020 seasons. He also contributes to WRUF's Gainesville Sports Center segments and makes appearances on the Clash on Harp on Sports. Harrison has been a content writer for WRUF since January 2019 as well.
@HarrisonSmaj
Previous Magic, Pacers aim to remain unbeaten in restart
Next Action Continues in NBA Bubble