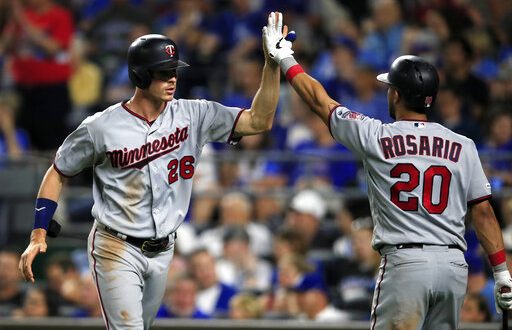 With October peeking its head around the corner, playoff baseball is back.

The Twins and Astros will kick off postseason action in the first game of the MLB playoff slate on Tuesday. First pitch is set for 2 p.m. on ABC.

It’s no secret there will be some bad blood between the Twins and Astros — but it will likely be anybody who plays the Astros this postseason that won’t take kindly to the 2017 World Series champions following the baseball cheating scandal that ensued this past offseason.

Let's go! Here's how we line up for Game 1. #OurSZN pic.twitter.com/Zgr7dHX6ti

The Twins are coming off their second consecutive AL Central pennant, but it’s a title that didn’t serve them well in last year’s postseason. They were swept by the Yankees for their 16th consecutive playoff loss. This marked the longest postseason drought in MLB history.

But with a revamped lineup and a pitching rotation that has been better in recent years, the Twins are hoping to turn their fortunes around and secure their first playoff win since 2004.

The Twins will lean on their 40-year-old veteran in Nelson Cruz to carry the offensive attack for the Twins. Cruz comes off a season in which he batted .303 and finished with a team-high 16 home runs.

On the mound for the Twins will be Kenta Maeda. He was a part of the 2017 Dodgers team that was defeated by the Astros in Houston’s infamous 2017 World Series victory.

For the Twins to have success, manager Rocco Baldelli says they just need to focus on doing the things they’ve done all season that has given them an opportunity at a World Series run.

The Astros offensive struggles were notable this year en route to the team’s first under. 500 season since 2014.

The Astros infield trio of Jose Altuve, Carlos Correa and Alex Bregman underperformed during the regular season by most standards. However, the Astros talent at the plate can’t be denied.

Getting the call for the Astros will be Zach Greinke, who started the season strong with a 1.84 ERA over his first five starts. However, he had a 5.73 ERA over his final seven games. He pitched to an 0-2 record with a 4.68 ERA in five starts during Houston’s playoff run last year.

Greinke will look to bounce back and in dramatic fashion for the Astros as they look to advance in the MLB playoffs in pursuit of their third World Series appearance in the past four years.

Bregman, the 2019 AL MVP runner-up, says his team is ready for the challenge.