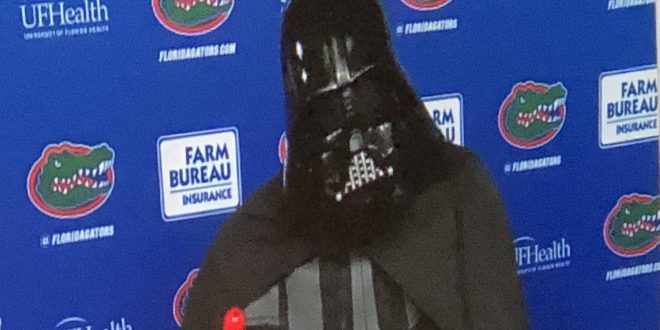 All Around the SEC: Week 9

This week’s slate of SEC games provided a mixed bag of some great offensive showings and some lackluster performances as well. The big story, though, came from the Florida vs. Missouri game. More on that later.

No. 2 Alabama vs. Mississippi State

Alabama dominated the rushing game on both sides of the ball. Alabama ran for 208 yards offensively and only allowed 37 rushing yards defensively. Najee Harris and Trey Sanders combined for 199 of the team’s 208 rushing yards. This is Alabama’s second highest total rushing yards in a game this season.

Mississippi State, despite gaining only 37 rushing yards, actually improved their average for the season which is now just 30.2 rushing yards per game.

Alabama’s DeVonta Smith exploded with 203 of the total 291 receiving yards and all four offensive touchdowns. Last week‘s receiving star, John Metchie, had a slow game this week with three catches for just 18 yards.

The Crimson Tide offensive line continued to perform well. This was the fifth game this season that they allowed two or less sacks.

The Crimson Tide scored 41 points vs. Mississippi State. That total marked the 19th straight game that Alabama’s offense has scored 35-or-more points, which is the longest streak in major-college football history. pic.twitter.com/t9WKVvniwX

No. 5 Georgia vs. Kentucky

Georgia quarterback Stetson Bennett did not throw a passing touchdown in this game, his first time doing so all season. Kentucky gave quarterback Joey Gatewood his first start. Gatewood threw for 91 yards with no touchdowns and no interceptions. A clean game, but little productive offense came from the sophomore quarterback.

One player that did have a good game, however was sophomore Zamir White. The Georgia running back went over 100 yards for the first time this season with 136 yards and a touchdown.

Missouri ran the ball SIXTY-TWO (62) times against Kentucky last week. Georgia’s game plan was very obvious to me. Run the ball. Play a short game and get home and get ready for Florida. Some of y’all didn’t follow Georgia in the early 90s and it shows.

Unlike the Georgia and Kentucky game, both teams were successful in the passing game. This was one of the cleanest games in the SEC this week. Neither team turned the ball over in this high powered offensive game.

Arkansas’s Feliepe Franks had one of his best games of the season. The former Gator quarterback scored three passing touchdowns and had his highest completion percentage this season with 74.2%. Franks also ran for a season high 91 yards.

Texas A&M has won every game against Arkansas since they joined the SEC.

No. 10 Florida vs. Missouri

Despite a great game from two Gators, Kyle Trask and Kadarius Toney, the big story of the game didn’t come during gameplay. It instead came from a massive brawl at halftime brought on by a late hit on Trask at the end of the final play of the half. While this brawl is not a good look for SEC football, it was important to see the players standing up for their quarterback.

For those who don't have SEC Network Alternate … the end of Half between #Mizzou and Florida. Trajan Jeffcoat with a late hit is what Florida got upset about. pic.twitter.com/jOTxFPzbuD

Fox analyst Reggie Bush said the Gators were right in standing up for their quarterback.

“That was a dirty hit. … And he took a running start too, he was watching Trask the whole time, hit him right in the face,” Bush said.

Bush also spoke about how he liked that Gators head coach Dan Mullen responded because it “shows me Dan Mullen cares about his players.”

A little about the actual game: Trask threw for four passing touchdowns and one interception. Two of those touchdowns went to senior wide receiver Kadarius Toney who also scored a rushing touchdown. Trask’s interception was returned for a Missouri touchdown.

Auburn played a great game winning 48-11 over the LSU Tigers and are now back in the Top 25 in the AP Poll after that win. Auburn’s Bo Nix totaled 381 yards from scrimmage with four total touchdowns.

This game looked like it would be a blowout from the start. Ole Miss has the number four offense in the entire NCAA when it comes to yards per game. Vanderbilt is 13th lowest in that stat.

The SEC has four games next weekend including the highly anticipated No. 8 Florida vs. No. 5 Georgia game, as well as Vanderbilt vs. Mississippi State, No. 7 Texas A&M vs. South Carolina, and Tennessee vs. Arkansas.

Jensen Young is a journalism student at the University of Florida. He works as a sports writer for WRUF.com and is the voice of trendings on Wednesday mornings on the WRUF radio station.
@Jensen_Young9
Previous College Football Week 8 Recap
Next Brady, Bucs take on Giants in Monday Night Football