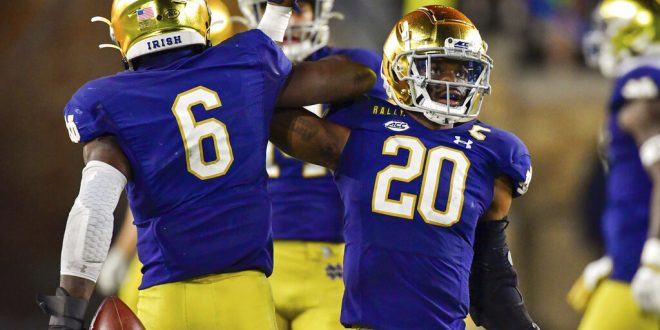 Notre Dame football has touched the luck of the Irish after knocking off the top-ranked  Clemson Tigers on Saturdays double-overtime game. Remaining undefeated, Fighting Irish Head Coach, Brian Kelly, says the team has had a great start to the season but more work is still to come.

“We have a lot of work to clean up. We have to be a better football team and there is a number of areas that have to get cleaned up technically and tactically in all three phases.”

After an exciting and intense win against the No. 1 Clemson, the Fighting Irish have secured their No.1 spot in the ACC. Next week, Notre Dame Football will put this luck to the test as they take on 5-3 Boston college.

Boston College nearly defeated Clemson in week 9. One touchdown made the difference for which team secured the win in Death Valley. However, this is just one reason why Brian Kelly thinks Boston College will present several challenges for his team.

The No.2 overall team is looking to grasp hold of another victory this Saturday. Notre Dame football key players like Owusu- Koramoah, the senior linebacker who was named the ACC linebacker of the week after a forced fumble and touchdown,  will make the difference for this team in Week 11.

March Madness bracket is set for 2022

The play in games are done, which means the 64-team bracket is set for March …