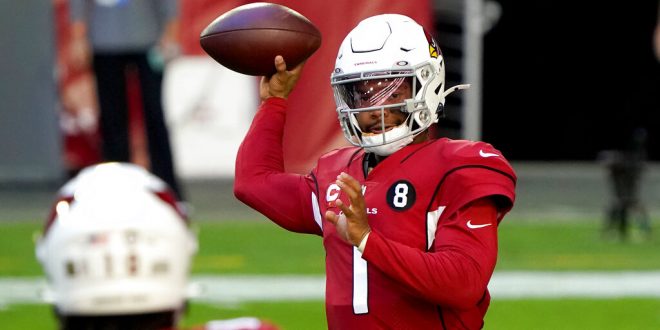 The Arizona Cardinals travel to face the Seattle Seahawks on Thursday Night Football.

Both teams enter the game at (6-2) on the season. Arizona sits at first in the NFC West, while the Seahawks sit at third despite having the same record. The Los Angeles Rams also have a record of (6-3), and sit at second in the division.

The last time these two teams met was Oct. 25. In their last matchup, the Cardinals narrowly defeated the Seahawks 37-34.

The Seahawks have lost three of their last four games after starting the season 5-0. Seattle quarterback Russell Wilson spoke to the media on Wednesday to address the team’s struggles.

Cardinals quarterback Kyler Murray, who has been putting up impressive numbers as of late, addressed the media on Wednesday. Murray said he thinks Seattle is still a threat, despite their recent struggles.

Playing at an MVP level

Early in the season, Wilson was touted as an MVP favorite with his impressive play. Wilson has thrown a league best 28 touchdowns this season. However, Murray has catapulted himself into the conversation for the award with his play. Murray is a main reason why the Cardinals have won four of their last six games. The Arizona quarterback has 17 touchdown passes on the season, and over 600 rushing yards.

Cardinals coach Kliff Kingsbury spoke to the media on Monday about his quarterback’s elite play as of late.

Much of Arizona’s success can also be attributed to wide receiver DeAndre Hopkins, who the Cardinals received in a trade in April. Hopkins sits at second in the NFL in receiving yards with 861 through the first eight weeks of the season. Literally right behind Hopkins, however, is Seattle wide receiver DK Metcalf with 816 yards.

On paper, these teams are very similar. Both Arizona and Seattle have an undersized, over-talented quarterback with an elite receiving threat to throw to. Their last matchup was close, and the way the two size up to one another leads one to believe this game should be much of the same.

The Seattle Seahawks home divisional matchup against the Arizona Cardinals on Thursday Night Football kicks off at 8:20 p.m. on FOX.

You can tune into live coverage of tonight’s coverage on ESPN Gainesville 98.1 FM/850 AM WRUF.

Steven Walker is a beat writer for ESPN Gainesville and is currently studying Journalism & Sports Media at the University of Florida.
@swalker_7
Previous 2020 NBA Draft Does Not Disappoint
Next Missouri at South Carolina, Pass versus Run Game