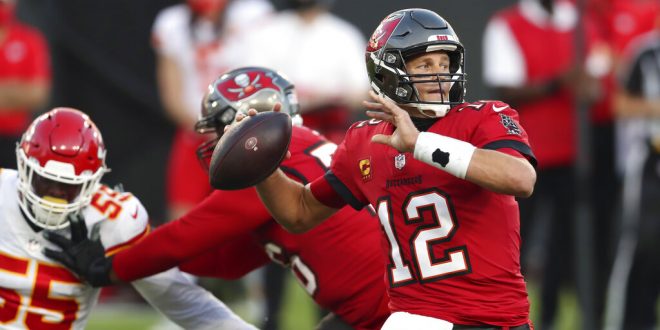 With the end of the NFL’s regular season just around the corner, the playoff race is heating up. Let’s take a look around the NFL.

A month ago, all was well for Tom Brady and the Bucs. Tampa Bay was leading the NFC South and could easily see a path to the playoffs.

Now, all of that has changed.

The Bucs have lost three of their last four games, including a 38-3 blowout against the New Orleans Saints on Nov. 8. The slump has dropped Tampa Bay from leading the pack to dancing on the edge of a potential postseason, which makes this weekend’s matchup against the Vikings pivotal.

The two teams are neck and neck in the NFC race. The Bucs are the No. 6 seed and the Vikings are the No. 7 seed, respectively. Nick Goss of NBC Sports writes that this game will act as the tie breaker if the two teams finish the seasons with identical records.

To put it simply: this game is a big one.

Going 11-1 on the season isn’t quite enough for a playoff spot.

Though they were undefeated until Monday night’s loss to the Washington Football Team, the Pittsburgh Steelers haven’t yet sealed the deal for a trip to the postseason. A win against the Buffalo Bills in conjunction with a Monday night Cleveland loss would do just that. However, a loss on Sunday would make the race for the AFC North much tighter. Suddenly, the Browns– who are only 2.5 games back— could have an opportunity to clinch the division.

The Steelers aren’t the only ones who control their own destiny. The defending Super Bowl champions, Kansas City, could solidify their quest win back-to-back titles when they face the Miami Dolphins Sunday afternoon. A win would allow them to clinch the AFC West before they square off against the Saints next weekend.

Here are a few other games to watch out for this weekend, via the Associated Press: