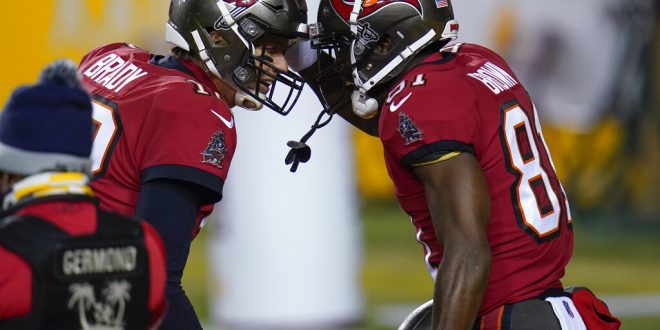 Wild Card Weekend in the NFC saw upsets, road wins and a ton of defense. Road teams went 2-1 in the NFC this past weekend. The Rams and Bucs prevailed on the road while the Saints won at home.

Rams upset Seahawks on the road

Headed home with the W!
pic.twitter.com/JUUWkfQNFI

Cam Akers accounted for 176 scrimmage yards with 131 on the ground and 45 receiving. The Rams defense limited Russell Wilson to 174 yards. The Rams also had a pick-six off Wilson in the first quarter. A 42-yard interception return for a touchdown by Darious Williams.

Moving on to the next round, the Rams quarterback situation will be interesting to watch. John Wolford started the game for Los Angeles but was sidelined with a neck injury. Wolford threw just six passes and completed three in the game Saturday before he got injured. In came Jared Goff, who didn’t start the game because he had thumb surgery two weeks ago, he went 9/19 for 155 yards and a touchdown.

Goff and the Rams running game will need to be consistent again if they are going to go on the road and take down the Green Bay Packers next Saturday.

Tom Brady and the Tampa Bay Bucs went on the road and beat the Washington Football Team 31-23.

Tom Brady was as impressive as ever on Wildcard Weekend going 22/40 for 381 yards and two touchdowns. Antonio Brown and Chris Godwin were on the receiving end of Brady’s touchdowns. Overall, the Bucs accounted for 507 yards of offense in their first playoff win since the Super Bowl win over the Raiders in the 2002 season.

Taylor Heinicke impressed many Saturday night, but the Football Team just didn’t have the talent to overcome the Bucs.

Tampa Bay’s next game is a rematch with the New Orleans Saints. The Saints swept the Bucs in the regular season, blowing them out in each game.

The New Orleans Saints’ suffocating defense was the story in the Superdome Sunday afternoon. They kept the Bears out of the endzone all game until the Bears scored a touchdown as time expired.

Drew Brees went 28/39 for 265 yards and two touchdowns. Alvin Kamara was one yard shy of a 100-yard game, but he also scored a touchdown.

Now, the Saints’ attention is on the Divisional Round, as they will play the Bucs for the third time this season on Sunday at 6:40. 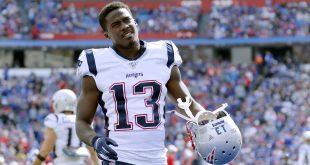