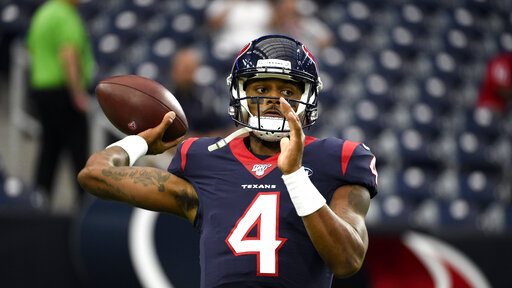 They also have a generational quarterback in Deshaun Watson. He is the piece that the team should build around. Yet, the organization built the front office without his interest in mind. When Deshaun committed to the team in September by signing a four-year, $156 million contract extension that goes through the 2025 season, he wanted to be involved with their offseason decisions. This was not the case.

Watson has shown his discontent with the team. Starting with the general manager hiring process. ESPN’s Adam Schefter said, “Watson offered input on potential general manager candidates, but the Texans neither considered nor consulted with those endorsed by their franchise quarterback.”

But Culley is not concerned with Watson, he is moving along assuming his role and thoughts. Probably the right choice for the head coach.

This is a sticky situation. Watson has shown that he is unhappy with the Texans situation. Not only for the players they have put around and taken away from him, but the staff and front office. Culley and Watson talked over zoom in mid-February about plans for him and the team. This conversation, as well as any conversations with players in the Houston organization, remain private.

I understand things being private but this is a big news story and again, Deshaun is the centerpiece of your team. This decision to either keep him or trade him is big. Watson may even decide  to sit out the season if things get worse. This could completely change the dynamic of Houston’s season.

Watson was also sacked 49 times, second most behind Carson Wentz (50). For Houston to see Deshaun as such a critical part of their operation, it is odd they would do anything to upset him.

As much as the media makes it seem like Deshaun is causing issues in the organization with his wanting to leave, things are supposedly, going swimmingly otherwise with the Texans. Or at least the locker room is not phased by their unhappy star quarterback. Culley makes that clear in this statement:

For now, Watson is a Houston Texan. This was made clear by Culley, who is seemingly moving forward with Watson and the team. Until a trade is made or decision is concluded by Watson, he will be apart of this organization.

Previous #2 Arkansas vs. #7 Missouri in the SEC Tournament
Next Duke Hoops Season Over