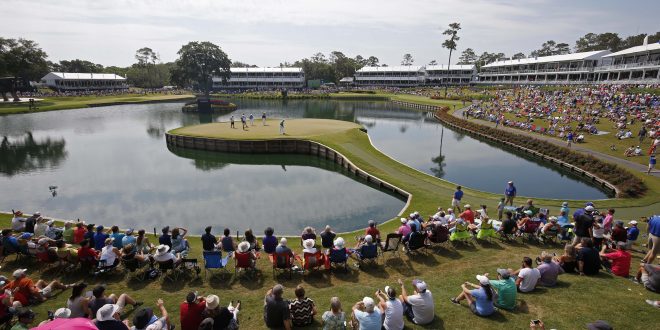 Day 1 of the 2021 Players Championship is in the books. And Thursday’s opening round brought plenty of excitement for different reasons.

Roughly this time a year ago, this same very tournament was being called off due to the unknowns of COVID-19 at the time. Now, fast forward 12 months later, and some of the world’s best golfers are back at this very spot looking to this time finish what they started a year ago.

At the end of Round 1 last year, Hideki Matsuyama was at the top of the leaderboard after shooting a 63 to begin the tournament. On Thursday, Sergio Garcia didn’t shoot the same score as Matsuyama but did come close with a 65.

This score was good enough to put Garcia on top of the leaderboard heading into Day 2 of action. Additionally, it was also one of the best opening rounds Garcia has ever shot while competing in The Players Championship.

Brian Harman is the closest one to Garcia on the leaderboard heading into Day 2 of the tournament. Harman, like his fellow counterpart, also faired well on the greens Thursday, as he shot a 67 in opening round action.

Matthew Fitzpatrick, Corey Conners and Shane Lowry all sit in a tie for third after Round 1. All three trail Harman by one stroke after shooting a 68.

Fitzpatrick found himself in first place after the first nine holes after this eagle.

Six golfers are all tied for the sixth spot following Day 1 action, including 2021 U.S. Open winner Bryson DeChambeau. The six players all shot a 69 and trail Fitzpatrick, Conners and Lowry by one stroke.

Day 2 of the The Players Championship kicked off early this morning. Round 1 play was suspended due to darkness on Thursday, so 21 golfers will be rapping up their remaining holes before moving onto Round 2 action.

Garcia is set to tee off at 1 p.m. and will be paired with Webb Simpson and reigning champion Rory McIlroy. We’ll see how it all plays out when action gets underway.