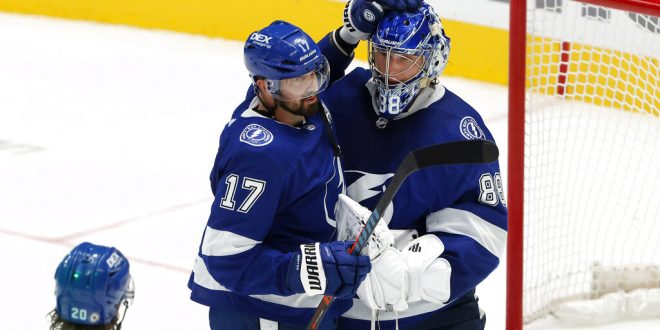 The Tampa Bay Lightning have gone 4-3 in their last seven games, but still, top the NHL at 20-6-2. The team took over the league number one spot last week. They start a two-game series against the Chicago Blackhawks on Thursday.

In the Lightning’s last three losses, Curtis McElhinney has been the goalie. That’s not to say that he is the reason for the losses, though, as, on Monday’s loss to the Nashville Predators, the Lightning scored just one goal.

McElhinney has had a few good games this season allowing just one goal in each of his two wins. That being said, though, goalie Andrei Vasilevskiy has not lost a game since 10 starts ago. Vasilevskiy is 3rd in the NHL for goals allowed per game at 1.9. McElhinney allows 3.19 which fails to crack the top 40.

Lightning wing Ondrej Palat has four goals and nine assists over the past 10 games. This brings his totals to 11 goals and 16 assists on the season and ties him with four other Lightning players at 27 points.

Defender Victor Hedman has recorded seven assists since the start of March. He had a stretch of five games in which he recorded an assist. This brings his point total to 22 on the season and 500 in his career.

Upcoming games for the Lightning

The Lightning begin a two-game series against the Chicago Blackhawks on Thursday. The Blackhawks are 14-11-5 on the season. The Blackhawks have two players on the injured list: Dylan Strome and Zack Smith. The Lightning are missing Mitchel Stephens to a lower-body injury and Anders Nilsson who is yet to play a game for the Lightning this season.

Jensen Young is a journalism student at the University of Florida. He works as a sports writer for WRUF.com and is the voice of trendings on Wednesday mornings on the WRUF radio station.
@Jensen_Young9
Previous Miami Heat win 11th straight in 113-98 win over the Cavaliers
Next Yankees’ Aaron Judge Looks to Stay Healthy Heading Into the Season 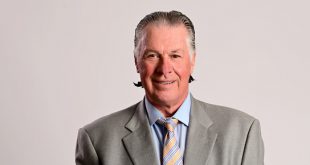