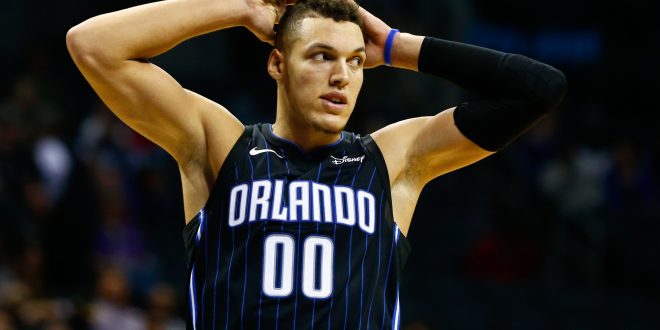 Another loss was added to the Magic’s record after falling to the Denver Nuggets 110-99 Wednesday night. The slump in Orlando continues as the team now has 29 losses on the year. The Magic now have the fourth-worst overall record in the NBA and are 16.5 games back from playoff contention.

The Losing Culture Driving Players Away

Star power forward Aaron Gordon voiced his frustration with the Magic organization and hopes to be moved from the team ahead of the NBA’s 3 p.m. trade deadline. Gordon dove into detail and told reporters why he no longer wants to be with the Magic.

“Frustration with the losses, the injuries, the way we’ve been playing and how many losses have accumulated over the years. So it’s just my frustration kind of boiling over I would say. … I think a lot of people share that sentiment with me, of frustration.”

Since Orlando selected Gordon with the fourth overall pick in the 2014 NBA draft, the Magic’s record has been a combined 203-322. During that time period, the Magic only qualified for the playoffs twice and were first-round exits in each appearance. In his seven-year career with Orlando thus far, the phenomenal forward has yet to experience post-season success in the NBA.

As of right now, Gordon is focusing on tonight’s home matchup versus the Phoenix Suns. So far this season, Gordon has averaged 14.7 points and 6.8 rebounds per game.

As Orlando’s woes carry on, the team hopes to bounce back into the win column with a home victory over the Suns at Amway Center. The Magic look to earn its 15th win this season. Tip-off of the matchup is set for 8 p.m.

Angel is a student at the University of Florida. She is a Multimedia Journalist who is currently a Sports Reporter and Writer at ESPN Gainesville. Follow her on Twitter (@angelcwells) and Instagram (@angel_wells). Be sure to follow her NFL Twitter account to stay up to date with the latest NFL news. (@UpToDate1NFL)
@angelcwells
Previous 13 Gators In NCAA Men’s Swimming & Diving Championship
Next F. King Alexander resigns from Oregon State