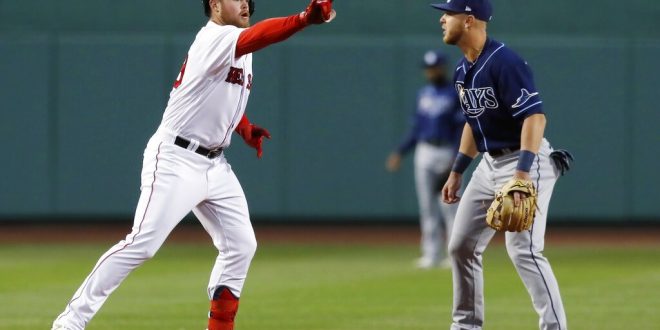 The Tampa Bay Rays are heading into their final game in series with the Red Socks.

After opening the season with back-to-back wins, the Rays have dropped three straight games to fall to 2-3 so far this season. Boston pulled off a huge comeback with two late-inning runs before winning in extra innings on Tuesday night.

A lot of things didn’t go right for the Rays in last night’s match-up. Before the game was carried into extra innings, it showed that Tampa Bay had a lot of cleaning up to do if they wanted to end the series with a win.

Tampa Bay’s Tyler Glasnow struck out nine Red Sox hitters while allowing only one run in six innings of work. Martin Perez did the job for Boston with five hits and three runs allowed in five innings. Manuel Margot gave the Rays the lead in the top of the third. Boston’s Christian Vazquez hit a home run over the monster in the ninth to tie it up and send the game into extra innings.

Tampa Bay had a 4-3 lead that came to an end after Rafael Devers hit a bomb up left field to tie the game in the 11th inning.

Raffy reminding us…
IT AIN'T OVER TIL IT'S OVER. pic.twitter.com/Q8xy5qC3Os

It was all over for Tampa Bay. J.D walks it off in the 12th inning giving the Socks victory for the second night in a row.

The Rays hope they can avoid the sweep and get back on the winning track.

Previous Marlins Hope to Avoid the Home Sweep Against the Cardinals
Next Nationals begin season after delay, walk-off against Braves