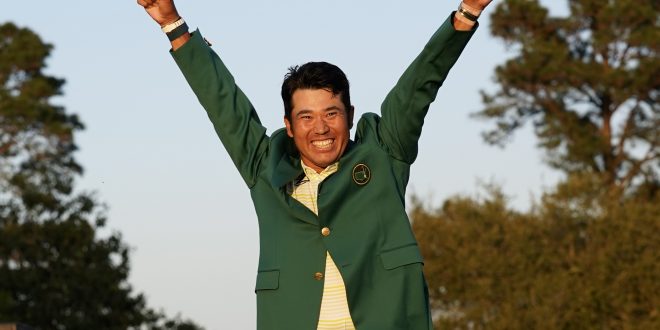 A masterful performance for Hideki Matsuyama at Augusta. Yesterday, Hideki became a first-time green jacket winner at the 85th Masters, finishing 10-under on the tournament. Matsuyama became the first Japanese player to win the Masters and a men’s major championship.

This is a big positive for the sport worldwide. Matsuyama gives his thoughts on what his victory means to the next generation of Japanese golfers:

“Hopefully, I will be a pioneer and many more will follow … It’s thrilling to think there are a lot of youngsters in Japan watching today,” he said. “Hopefully in five, 10 years, when they get a little older, some of them will be competing on the world stage.”

The Master of Augusta

Matsuyama was in contention from the start, shooting 3-under on Thursday. The real turning point for him came after a rain delay on Saturday. Prior to the rain, this course was eating up the field. Besides a 7-under round one for Justin Rose. After about an hour of rain delay, Matsuyama would come back to the course locked-in. He would shoot 6-under on the final eight holes of the third round and finish the day 7-under. He took advantage of the softer greens and give himself ample opportunities that he would capitalize on.

Hideki shot 11-under the first three rounds to give himself a four stroke lead going into Sunday. Although he would close out Sunday shooting one over and bogeying three of the final four holes, he still had room to secure the green jacket and finish the tournament 10-under.

First-time Masters player, Will Zalatoris, would claim second place, shooting 9-under for the tournament. While Jordan Spieth and Xander Schauffele both finished 7-under and tied for third.

A fantastic and entertaining tournament overall. Including some impressive standouts that were also historic. There were two hole-in-ones in the tournament. First would come from Tommy Fleetwood on hole 16. He was the 23rd golfer to ace this hole, the most aces allowed by any hole at Augusta.

The second would come from Corey Conners. He become the 33rd golfer to get a hole-in-one at Augusta. He was also the sixth golfer to ace hole 6.