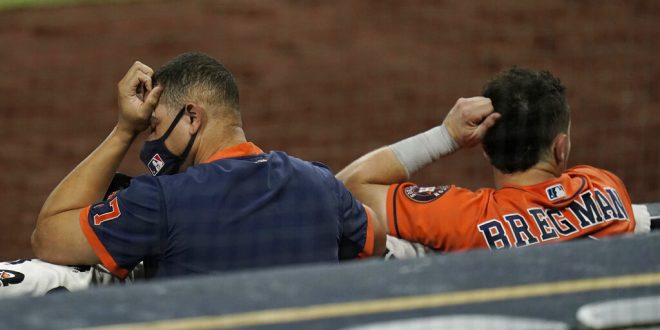 The Houston Astros had gotten off to a strong start this season, but have become the second team this season to be drastically affected by COVID19. The Astros had to place five players on the injured list because of protocols.

Houston lost five players, which happen to be some of their top players.

Jose Altuve, Alex Bregman, Yordan Alvarez, Martin Maldonado and Robel Garcia are the five players to be placed on the injured list.

In order to replace those players, the Astros have called up Taylor Jones, Abraham Toro, Alex De Goti, Ronnie Dawson and Garrett Stubbs from the alternate site. Unlike the Washington Nationals, Houston did not have any games cancelled.

They lost their last four games after starting the season out 6-1. General Manager James Click did not say whether any of his players have tested positive for COVID19. However, they felt there would not be at risk playing games.

With all the players on the injured list, the Astros have instead had to shake up their lineup. Myles Straw has taken over as the lead-off hitter while Aledmys Diaz batted second in their last game.

Yuli Gurriel though has been the teams hottest hitter to start the season. He currently has a .429 batting average and drove in two of Houston’s four runs on Wednesday.

Though Houston did not have to place any pitchers on the injured list, there starters have struggled in their past three games. Between Zack Greinke, Jake Odorizzi and Lance McCullers Jr. have combined to pitch 11.2 innings and have combined to give up 17 runs.

Houston will have an off-day on Thursday and will back in action on Friday, April 16. They start a three game series against the Seattle Mariners with Jose Urquidy on the mound followed by Greinke on Saturday and Odorizzi on Sunday. 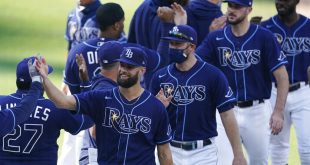